Given that the missile fell far short of the intercontinental ranges required to hit the United States, the test may have generated yawns among newsreaders accustomed to Pyongyang’s frequent projectile launches.

But a closer look points to an ominous trend in the state’s military capabilities that is shattering decades of conventional strategic wisdom.

In a clear signal of the importance of the test, North Korean state media on Wednesday ran photographs of national leader Kim Jong Un monitoring the launch. His powerful sister, Kim Yo Jong, was also present at the test site.

It is the first time the strongman has been publically shown attending a missile launch in almost two years.

North Korea has announced that it successfully tested a new “hypersonic missile” earlier this week. The country’s Academy of Defence Science said that a newly developed missile, dubbed the Hwasong-8, was flight-tested for the first time and carried a “hypersonic gliding warhead.” State media described the missile as a “strategic weapon,” which is a euphemistic way of implying that it is nuclear-capable.

While North Korea’s claims of testing “hypersonic” missile technology will no doubt raise concerns in Northeast Asia about its continued qualitative progress with missile technologies, this latest test does not represent a game-changing development in the region.

But instead of breathlessly panicking about this new capability, policymakers should understand that “hypersonic” missile technologies are not a monolithic class of superweapons, but vary in types, with each offering different advantages and trade-offs.

In strict terms, all that’s conveyed by the word “hypersonic” is that the weapon in question travels at a speed of more than five times the speed of sound (Mach 5). All long-range ballistic missiles, in this sense, are “hypersonic”—even missiles that North Korea first flight-tested in 1990s, for instance.

Unlike their simple ballistic counterparts, these warheads employ fins and aerodynamic designs to maneuver in the earth’s atmosphere to their targets.

Hypersonic gliders like Russia’s Avangard and China’s DF-17 reenter the atmosphere early and spend most of their flight path in unpowered aerodynamic flight at hypersonic speeds. (Avangard is an intercontinental-range system and the DF-17 is a theater-range system.)

Because ballistic missile reentry vehicles spend much of their time in the vacuum of space, they can often—but not always—be quicker to reach their targets than gliders of equivalent range.

Long-range gliders can maneuver during the so-called mid-course phase of their flight; mid-course missile defense interceptors, like the Standard Missile 3 (SM-3), would be unable to intercept these, but future “terminal” missile defenses may be able to. (Terminal defenses attempt to destroy incoming warheads during their final moments of flight.)

It’s not difficult to understand why North Korea might be interested in gliders. This technology is seeing significant interest across the world’s major missile powers and is perceived to be essential for defeating missile defenses. But while North Korea’s scientists and engineers may see this project as worthwhile, there are already ways in which Pyongyang’s missile arsenal can overwhelm and stress missile defenses.

For instance, North Korea could rely on simply saturating missile defenses with large salvo launches in a conflict. This concept was tested in 2016 and 2017, when North Korea carried out simultaneous launches of multiple ballistic missiles. Additionally, newer North Korean quasi-ballistic missiles first tested in 2019 also exhibited flight characteristics similar to a hypersonic glider, spending much of their time in the earth’s atmosphere while maneuvering to their target.

Beyond the claims of the North Korean Academy of Defense Science and a single photograph released by state media, there’s little data at the moment that would allow for detailed insight into the military utility of this new North Korean missile. But the bigger picture here is that North Korea remains a nuclear-armed state with an increasingly diverse and capable array of delivery systems.

Kim Jong Un had indicated in January 2021, at the Eighth Party Congress of the Workers’ Party of Korea, that he sought to test a hypersonic glider. At that same Party Congress, he had alluded to new cruise missiles as well, which were also recently tested. Like the years between 2013 and 2017, North Korea has now embarked on a new campaign of military modernization. Without diplomacy to incentivize a cessation of North Korean testing, Kim’s pursuit of qualitative improvements to his capabilities will continue. 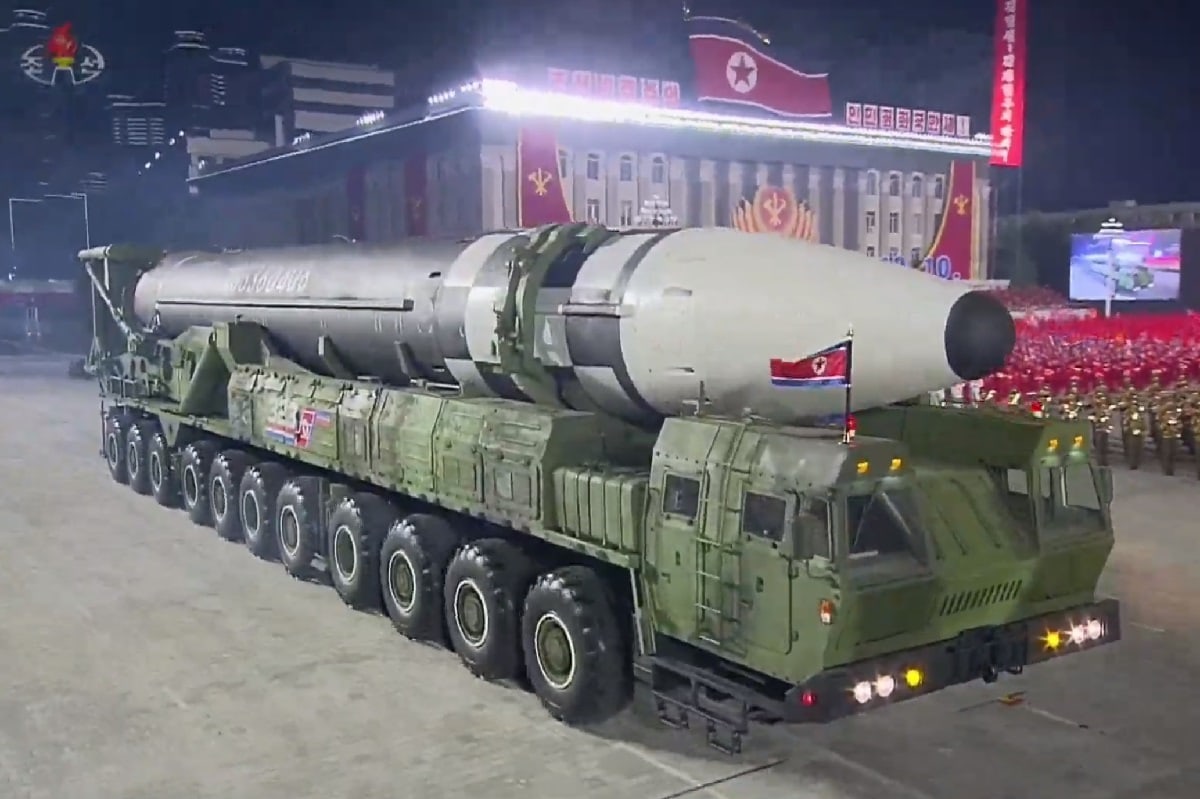 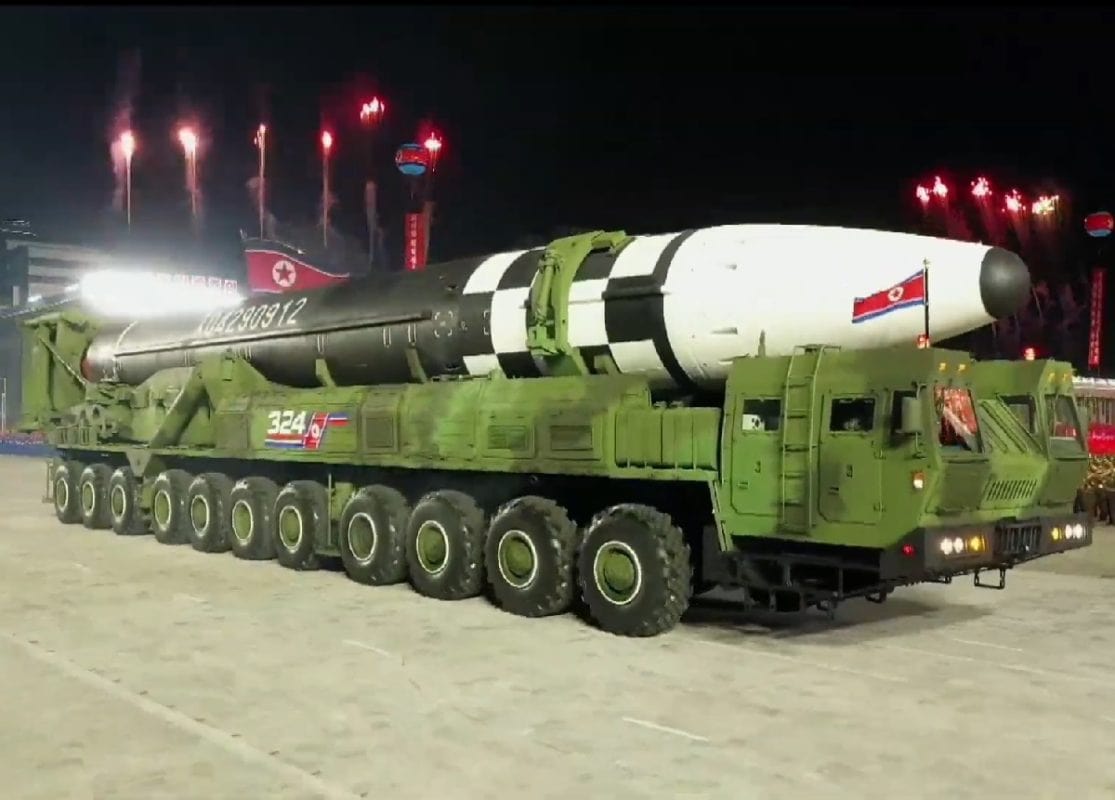 Kim is slowly, but surely working his way through the expansive military modernization wish list he laid out in January 2021. Apart from new cruise missiles and hypersonic gliders, Kim also alluded to multiple warhead intercontinental-range ballistic missiles (ICBMs) and more responsive solid propellant-based ICBM. With the newly tested hypersonic glider, Kim appears to have kept his word. Without diplomacy to dissuade further testing, we shouldn’t be surprised to see North Korea test more advanced weapons in the coming months. The missile-testing campaign of the 8th Party Congress is in full swing.

Ankit Panda is the Stanton Senior Fellow in the Nuclear Policy Program at the Carnegie Endowment for International Peace in Washington, DC. He is also the author of ‘Kim Jong Un and the Bomb: Survival and Deterrence in North Korea’ (Hurst/Oxford, 2020).

2 thoughts on “North Korea’s Hypersonic Missile is a Game-Changer?”