By HARRIET ALEXANDER FOR DAILYMAIL.COM

Traffic to Spotify‘s cancellation page nearly tripled in the last week of January as the audio platform struggled to deal with the controversy around its superstar podcaster Joe Rogan.

Rogan, whose podcast is the most listened to on the streaming service, drawing 11 million listeners per episode, sparked a firestorm of criticism for his controversial views on the COVID-19 vaccine.

The groundswell of criticism surged after he hosted two vaccine sceptic scientists in mid and late December, and a host of famous faces such as Neil Young and Joni Mitchell announced they were taking their music off the site in protest.

The analytics firm, SimilarWeb, told CNN on Tuesday night that it had seen traffic to the cancellation page spike 196 percent week-over-week in its most recent set of data.

The data looked at traffic on the week of January 17, and compared it to the week beginning January 24.

‘This is a huge spike,’ said Seema Shah, who leads SimilarWeb’s research team, describing it as unprecedented.

‘It implies people were passionate about the issue and took immediate action. We’ll see if it keeps rising.’ 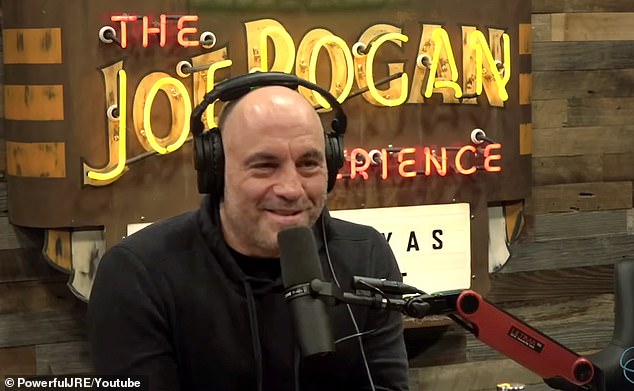 Embattled Spotify podcaster Joe Rogan addressed his COVID misinformation controversy during a comedy set in Texas Tuesday, saying that listeners should take his words with a grain of salt because he ‘talks sh*t for a living’ 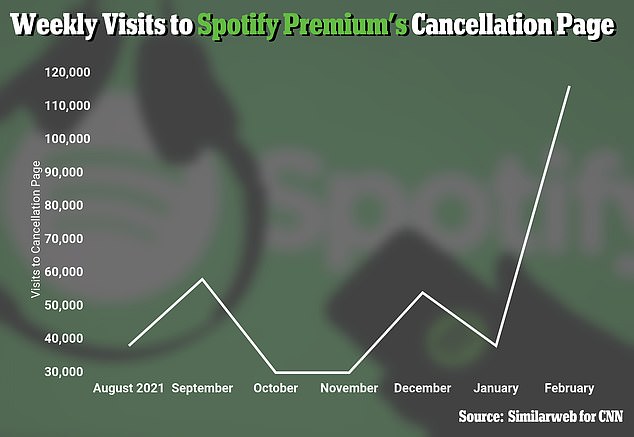 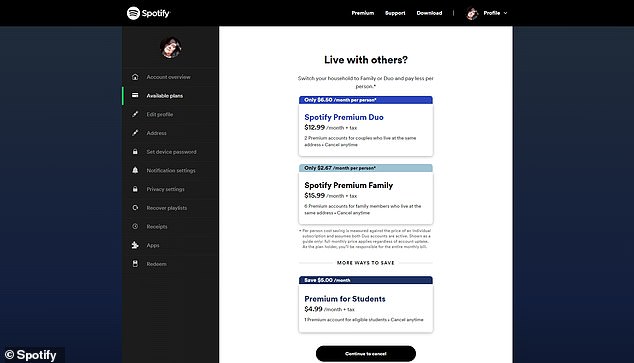 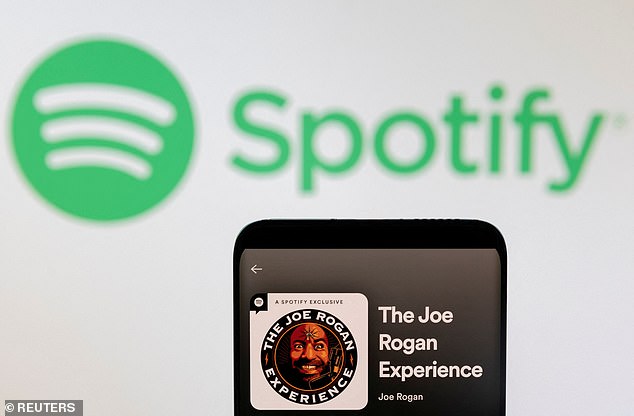 Spotify users pay $9.99 for a single Premium subscription, which plays music and podcasts without adverts, and $15.99 for a family subscription. It can also be accessed for free, but with ads and without the ability to store playlists you have made.

Spotify executives will likely expect the cancellations to continue, amid fresh revelations of Rogan’s behavior.