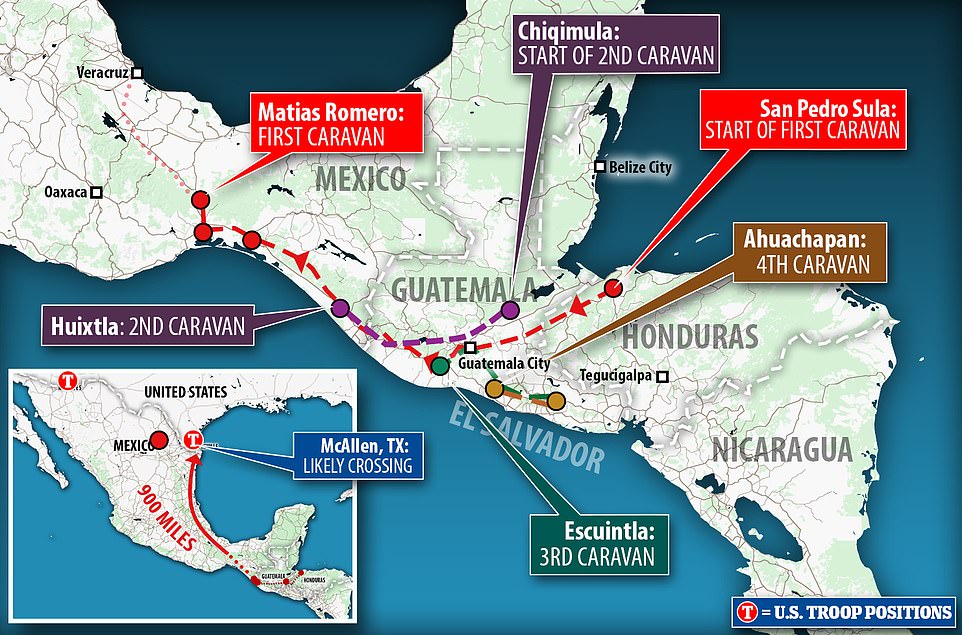 First 100 troops arrive at US-Mexico border and start erecting tents after Trump threatens that they will SHOOT migrants, as he warns Missouri rally ‘these are not angels and we are not letting them in’

The first 100 troops have arrived at the US-Mexico border to await the arrival of the migrant caravan slowly making its way north from Central America.

On Thursday, 109 troops from the 591st Military Police Company were taken from Fort Hood, Texas, to to Lackland Air Force Base to help with operations there.

Separately, troops stationed at the Fort Huachuca base in Sierra Vista in Arizona were seen setting up tents for comrades who are due to arrive over the weekend and in the coming weeks.

President Trump has vowed to send as many as 15,000 troops to tackle the three migrant caravans which are snaking their way through Mexico towards the U.S.

He said he will make ‘tent cities’ to keep migrants once they are detained but it is not yet clear where those will be.

The plan, he said, is to ‘end catch and release’ by keeping the migrants there to face trial once they are caught.

‘We’re going to catch, we’re not going to release,’ he said on Wednesday in a lengthy speech where he also threatened that any migrants who throw stones at soldiers will be shot.

They are still 900 miles away and weeks from getting close but the president has bolstered his promise to stop them. 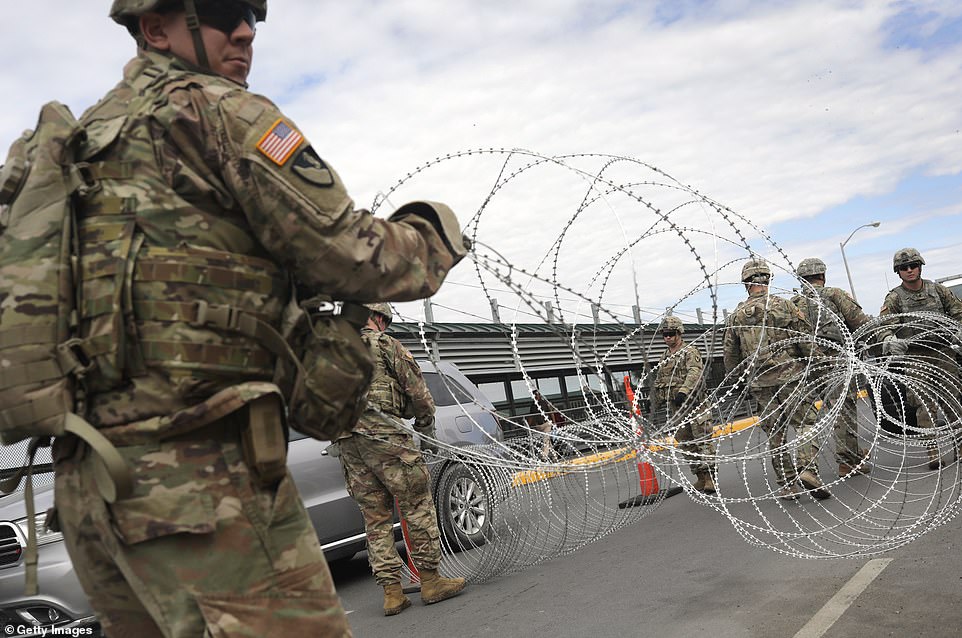 Troops unravel barbed wire at the border in Hidalgo, Texas, as Trump ramps up his rhetoric on stopping migrants from entering the US 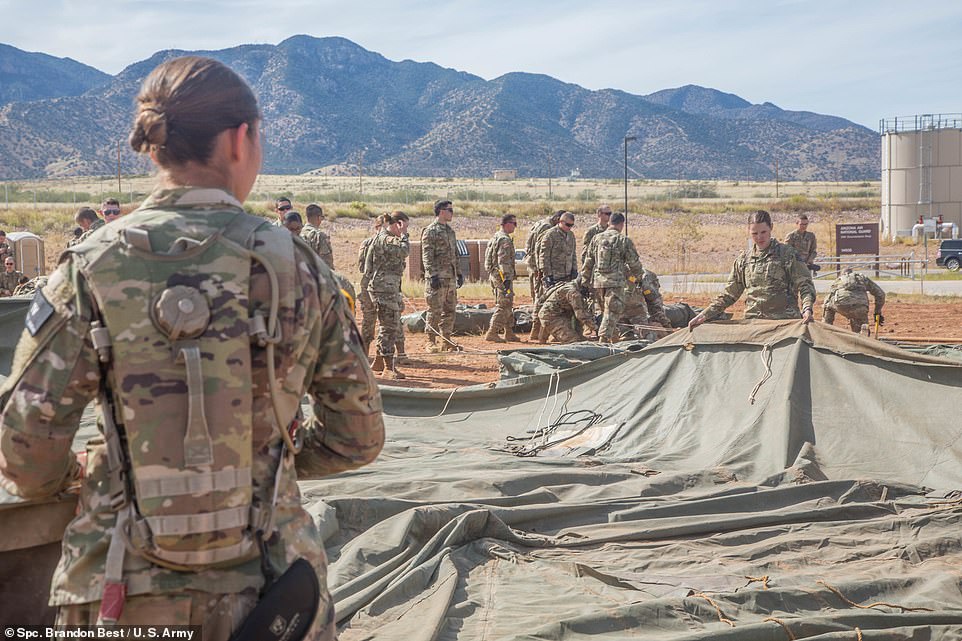 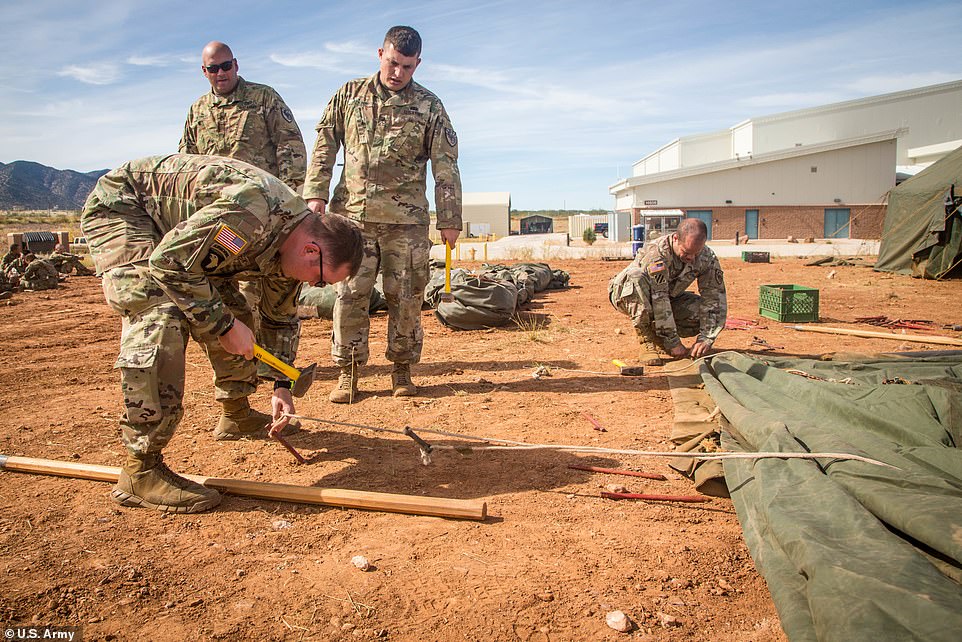 Soldiers erect tents at Fort Huachuca in Arizona during Operation Faithful Patriot. They will sleep there during the operation. These tents are separate to the ‘tent city’ Trump has said he will build to house migrants while they search for political asylum 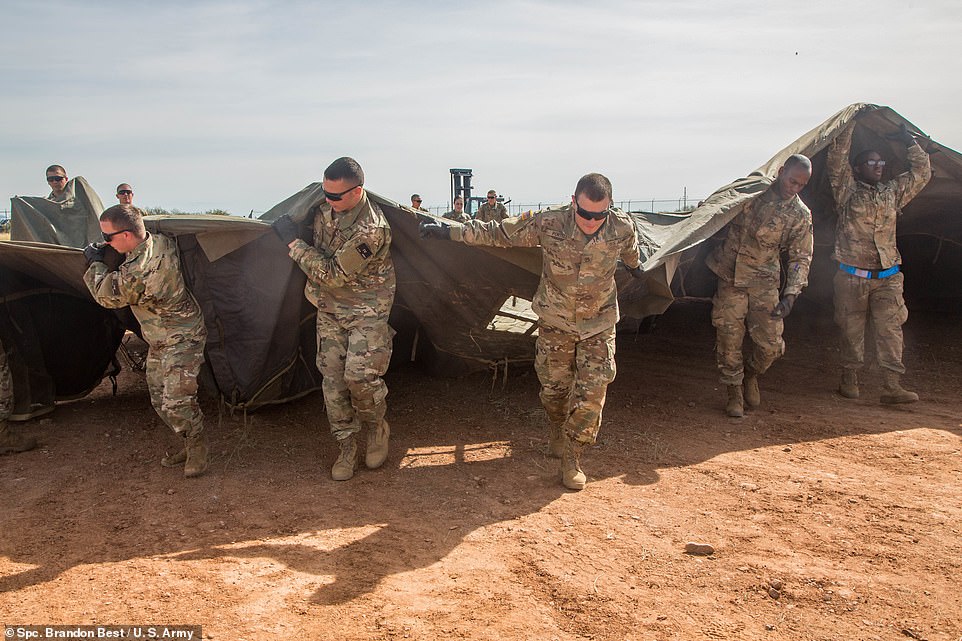 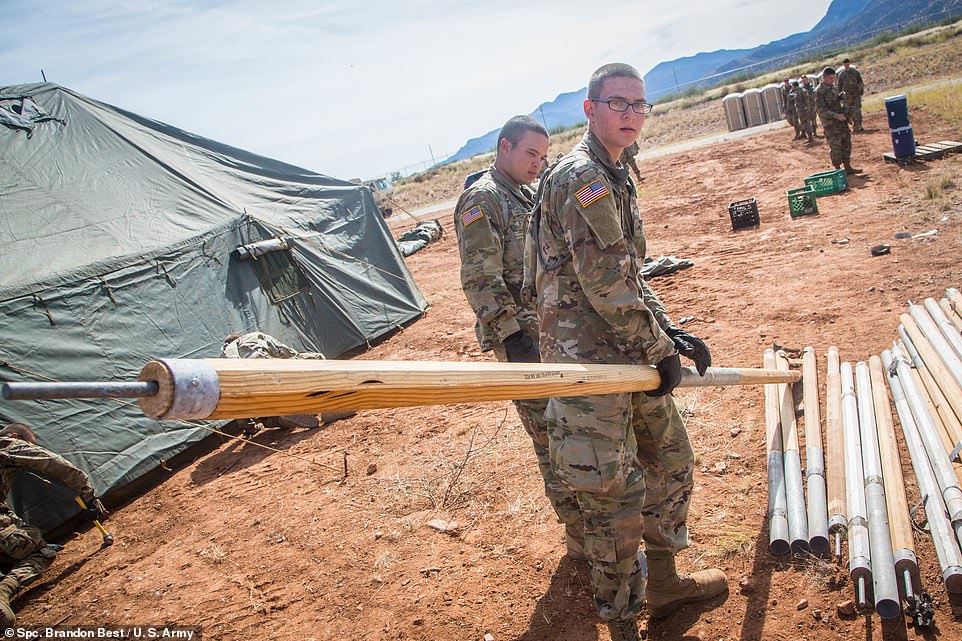 A US Army soldier helps build a tent at the Fort Huachuca base in Arizona.

Some 7,000 military members will be arriving at the border through the weekend as President Donald Trump has said he’s willing to send as many as 15,000 troops to provide support to Border Patrol agents.

The migrants, of which there are now are still at least 900 miles away.

Trump issued a dire warning to the would-be immigrants with the caravan in a fiery speech at the White House on Thursday, saying that the troops would return fire if rocks are thrown at them.

With their eyes set on Texas, the 4,000-strong caravan will depart from Matias Romero, Mexico, early Friday and make their way up the Gulf coast toward Veracruz, likely stopping in Donaji or Sayula de Aleman. 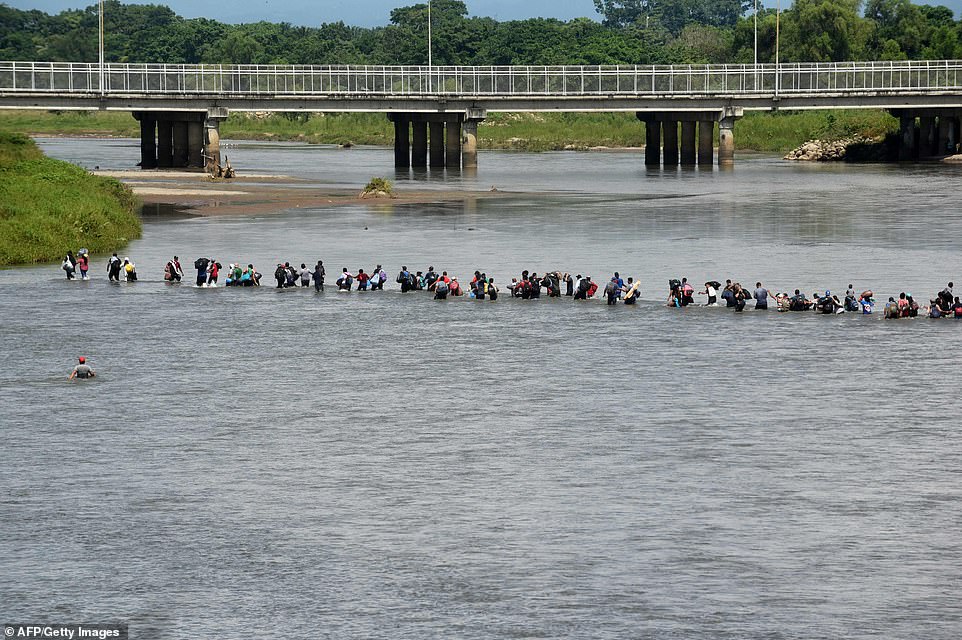 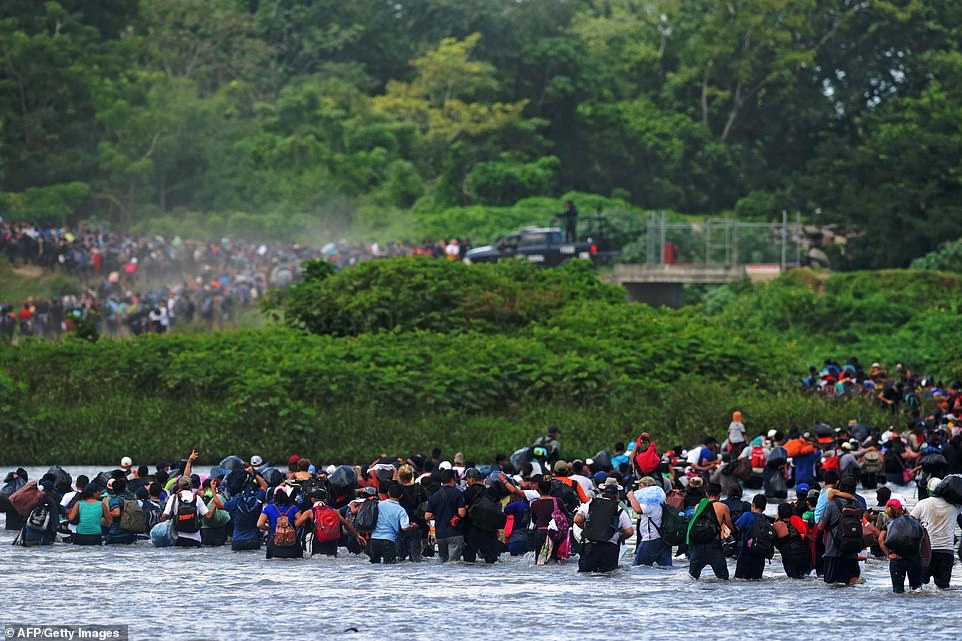 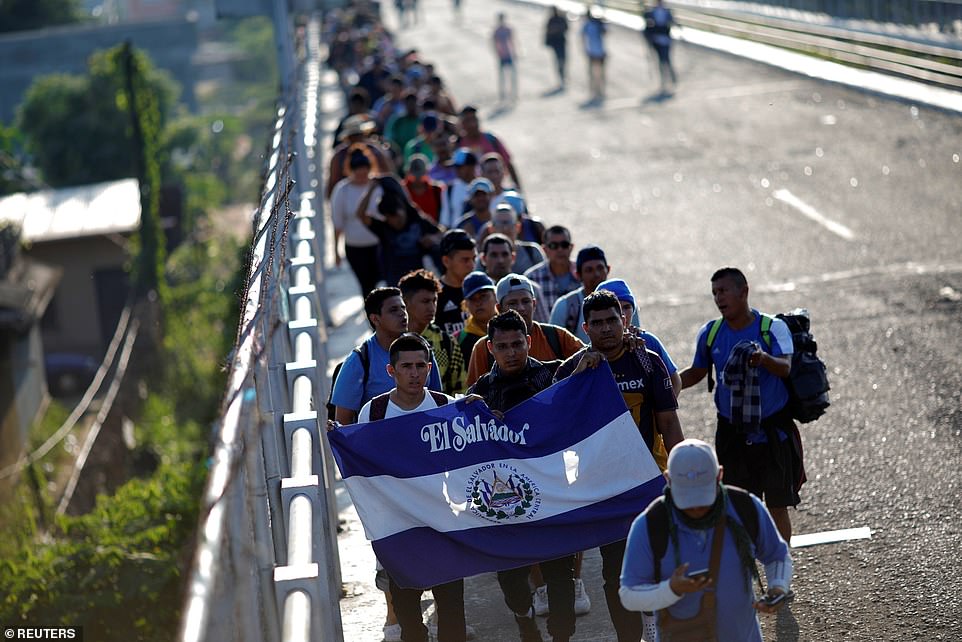 El Salvadorian migrants walk towards the border of Guatemala and Mexico. They are far behind the first group