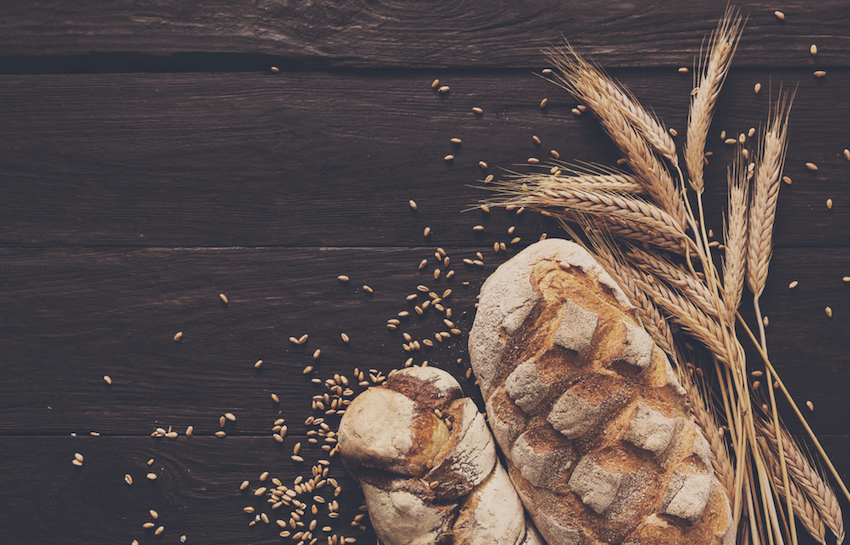 Rockefeller Foundation, U.S. philanthropic organization. It was endowed by John D. Rockefeller and chartered in 1913 to alleviate human suffering worldwide.

Rockefeller was assisted in its management by his son John D. Rockefeller, Jr. Among its many activities, the foundation supports medical research and education. It also provides grant and fellowship programs in the social sciences, agricultural sciences, and global environmental studies, and in building democracy and international philanthropy.

John Davison Rockefeller arguably ranks as the most wealthy man ever — his cashbox stuffed with about $330 billion in today’s dollars.

The world had begin to look at the use of genetics to develop new strains of plants and animals has brought major changes in agriculture since the 1920s.
Genetics as the science dealing with the principles of heredity and variation in plants and animals was established only at the beginning of the 20th century. Its application to practical problems came later. The modern science of genetics and its application to agriculture has a complicated background, built up from the work of many individuals. Nevertheless, Gregor Mendel is generally credited with its founding. Mendel, a monk in Brünn, Moravia (now Brno, Czech Republic), purposefully crossed garden peas.

Borlaug studied plant biology and forestry at the University of Minnesota and earned a Ph.D. in plant pathology there in 1942. He began working with the DuPont Company in 1942 but was soon recruited as a research scientist in charge of wheat improvement for the Rockefeller Foundation’s Cooperative Mexican Agricultural Program in Mexico, where he worked from 1944 to 1960. Seeking to assist impoverished farmers who struggled with diseased and low-producing crops, Borlaug experimented with novel varieties of wheat, creating disease-resistant strains that could withstand the harsh climate. That work was founded on earlier discoveries of ways to induce genetic mutations in plants, and his methods led to modern plant breeding.

The Green Revolution resulted in increased production of food grains (especially wheat and rice) and was in large part due to the introduction into developing countries of new, high-yielding varieties, beginning in the mid-20th century with Borlaug’s work. At a research station at Campo Atizapan, he developed a short-stemmed (“dwarf”) strain of wheat that dramatically increased crop yields. Previously, taller wheat varieties would break under the weight of the heads if production was increased by chemical fertilizers. Borlaug’s short-stemmed wheat could withstand the increased weight of fertilized heads and was a key element in the Green Revolution in developing countries. Wheat production in Mexico multiplied threefold owing to this and other varieties.

Following Borlaug’s success in Mexico, the Indian and Pakistani goverments requested his assistance, and with the support of the Rockefeller Foundation and the Food and Agriculture Organization of the United Nations (FAO), Borlaug began his agricultural revolution in Asia. With India and Pakistanfacing food shortages due to rapid population growth, the importation of Borlaug’s dwarf wheat in the mid-1960s was responsible for a 60 percent increase in harvests there, helping both countries to become agriculturally self-sufficient. His work in developing countries, especially on the Indian subcontinent, is estimated to have saved as many as one billion people from starvation and death.

Borlaug also created a wheat-rye hybrid known as triticale, and his methods were used by others to develop new varieties of highly productive rice. The increased yields resulting from Borlaug’s new strains empowered many developing countries, though their use required large amounts of chemical fertilizers and pesticides. These high-yielding crops raised concerns about cost and potentially harmful environmental effects, though Borlaug argued that uncontrolled population growth had necessitated such production methods. Although newer varieties of food grains have been developed to be high-yielding and also resistant to local pests and diseases, modern agriculture has yet to achieve environmental sustainability in the face of an ever-growing human population.

Borlaug served as director of the Inter-American Food Crop Program (1960–63) and as director of the International Maize and Wheat Improvement Center, Mexico City, from 1964 to 1979. In 1986 Borlaug created the World Food Prize to honour individuals who have contributed to improving the availability and quality of food worldwide. In constant demand as a consultant, Borlaug served on numerous committees and advisory panels on agriculture, population control, and renewable resources. He also taught at Texas A&M University (1984–2009), where the Norman Borlaug Institute for International Agriculture was established in 2006. His numerous other honours include the Presidential Medal of Freedom (1977), the National Medal of Science (2004), the Congressional Gold Medal (2006), and the United Nations FAO Agricola Medal (2010).

Great increase in production of food grains (especially wheat and rice) that resulted in large part from the introduction into developing countries of new, high-yielding varieties, beginning in the mid-20th century. Its early dramatic successes were in Mexico and the Indian subcontinent.

However, the new varieties require large amounts of chemical fertilizers and pesticides to produce their high yields, raising concerns about cost and potentially harmful environmental effects. Poor farmers, unable to afford the fertilizers and pesticides, have often reaped even lower yields with these grains than with the older strains, which were better adapted to local conditions and had some resistance to pests and diseases.

The History of Wheat

Wheat is and has been for many years, a dominant crop in countries around the world used primarily for food and livestock feed. Its cultivation has been traced back to some 10,000 years ago, originating in South East Turkey as part of the ‘Neolithic Revolution’ and ever since then humanity has been looking for ways to get more and more of this golden grain.

In the 1870s the modern steel roller mill revolutionized grain milling, making it must faster and easier to produce fine white flour compared to old stone grinding methods. This made wheat flour cheaper to produce and it even stored better … the bugs were leaving it alone, and that should have been our first sign!

Fast forward to more recent times, in the 1950s & 60s the world’s wheat crop was altered and coined “the green revolution” as the new breed of wheat was higher yielding and more efficient!

Norman Borlaug won a Nobel prize for saving lives through his work in developing the high yielding varieties of cereal grains, expansion of irrigation infrastructure and modernization of management techniques including distribution of hybridized seeds, synthetic fertilizers, and pesticides to farmers. In short – lots more wheat could be produced much faster and easier, with less interference from pests and most people thought this was fantastic and trusted the end product was just as good as ever.

Borlaug was credited with saving 1 billion lives and ending hunger, but we are now seeing major health problems across the globe as a result of the new wheat.

The green revolution appeared to be a win for production, efficiency and pesticide companies but continues to come up short for health and nutrition.

Dr. William Davis, the author of Wheat Belly, describes, “the high-yield plant is a distant relative of the wheat our mothers used to bake muffins, genetically and biochemically light-years removed from wheat of just 40 years ago”.

Post-1985, with a cheap and versatile ‘food’ product in our hands, wheat made its way into most processed foods, from bread through to sauces and almost everything in between.  Around the same time, a rise in calorie intake, autoimmune diseases, diabetes, respiratory issues, and food allergies was seen.

The food was different and although people’s food behaviors hardly changed, their waistlines and ailments certainly increased with the added ‘new wheat’ and extra calories unknowingly in their diets.

A respiratory allergy became prevalent among bakers and became more commonly referred to as baker’s asthma. Recent reports indicate that ‘baker’s asthma’ is the second most widespread occupational allergy in the UK and has been reported to affect over 8% of apprentice bakers after only two years of exposure.

Similarly, dietary intolerance to wheat is fast becoming more widespread than baker’s asthma, notably coeliac disease (CD) which is estimated to affect 1% of the population of Western Europe.

Going Against the Grain

Over the past ten years, studies have highlighted a direct correlation between the development of CD that results from an autoimmune response which is triggered by the binding of gluten peptides to T Cells of the immune system.

Other allergic responses to wheat proteins have also been linked with atopic dermatitis, urticaria, and anaphylaxis – all of which can have negative consequences if left untreated.

These allergic responses have most notably been linked to gluten proteins and what has prompted the phenomenon of ‘Gluten Free Foods’. Although gluten intolerance can vary, many of us experience sensitivities to modern wheat and gluten that can cause inflammation and raise glucose blood levels – which can have an adverse effect on our gut.

It is estimated 5% of the protein found in hybridized wheat are NEW proteins that were not found in either of the original wheat plants and are part of the problem that has led to increased system inflammation and intolerance to gluten.

When our bodies have an intolerance to gluten or wheat, it can cause the gut cells to release zonulin, a protein that can break the tight junctions of cells apart, causing a ‘leaky gut’. A leaky gut can wreak havoc on your body and especially your bladder –where toxins, microbes and undigested food particles escape from your intestines and travel through your bloodstream.

How Do I Know if I Have an Intolerance to Gluten or Wheat?

Simple. Just cut it out of your diet for three to four weeks and make note of any changes that you feel in your body, and after which reintroduce it.

If you notice changes or feel significantly worse after reintroducing gluten, it might be time to head to the doctors and ask for the following tests:

Cutting out the wheat from your diet doesn’t mean you’ll miss out – there are so many recipes full of healthy and delicious ingredients that negate the need for wheat and will have you saying ‘what wheat’. See some of our favorite wheat-free recipes here.

2 thoughts on “Against the Grain – The Rockefeller Wheat Experiment”