A wave of bombings has rocked Sri Lanka on Easter Sunday.

Our latest report is here:

As Christians in Sri Lanka gathered on Sunday morning to celebrate Easter Mass, powerful explosions ripped through three churches packed with worshippers, leaving hundreds of victims amid a havoc of splintered and blood-spattered pews. 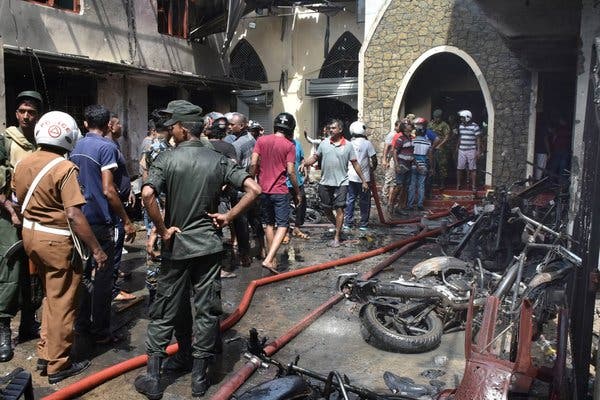 Zion Church in the eastern city of Batticaloa was extensively damaged.CreditM. A. Pushpa Kumara/EPA, via Shutterstock

At least 207 people have been killed and 405 injured in a series of explosions, most of which believed to have resulted from suicide bombings which targeted churches and hotels in

Most of those killed were locals but 36 foreigners are believed to have been killed following the attacks, which no group has yet claimed responsibility for although there have now reportedly been 13 arrests follow a police raid.

The prime minister, Ranil Wickremesinghe, acknowledged that “information was there” about the prospect of possible terrorist attacks, saying that investigations will take place into “why adequate precautions were not taken” while the government attempts to apprehend the perpetrators.

There were six initial blasts, at three hotels and three churches, before two more explosions some time later. One was during the police raid and the other was at a guest house.

The Sri Lankan government has imposed an indefinite curfew and shut down social media and messaging services amid fears over the spread of misinformation and the incitement of racial disharmony. The wave of bombings came after the Sri Lanka police chief issued a nationwide alert 10 days ago that suicide bombers planned to attack “prominent churches,” according to multiple reports.

“Some intelligence officers were aware of this incidence. Therefore, there was a delay in action. What my father heard was also from an intelligence officer. Serious action need to be taken as to why this warning was ignored,” Harin Fernando, a member of parliament in Sri Lanka, tweeted Sunday and included a document he says is the security warning. 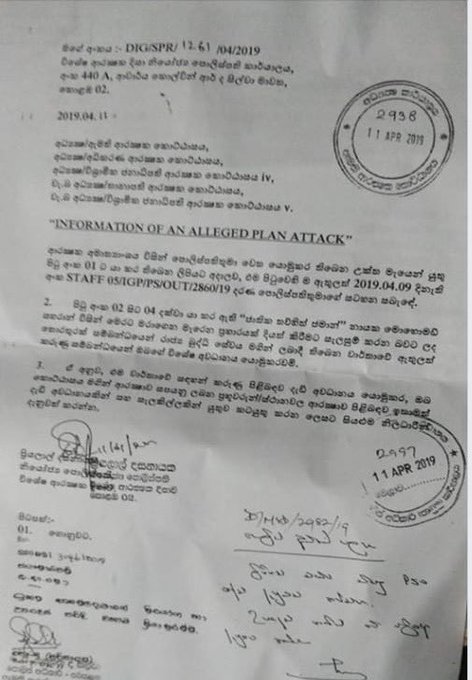 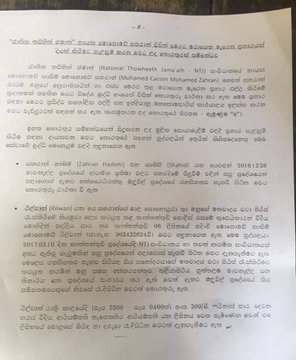 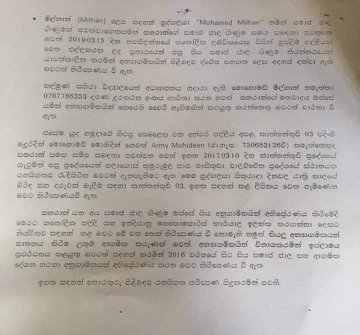 Some intelligence officers were aware of this incidence. Therefore there was a delay in action. What my father heard was also from an intelligence officer. Serious action need to be taken as to why this warning was ignored. I was in Badulla last night

Pope Francis prays for the victim

Following Easter Mass in St. Peter’s Square at the Vatican, Pope Francis condemned the “cruel violence” that “have wrought grief and sorrow.”

“I wish to express my heartfelt closeness to the Christian community [of Sri Lanka], wounded as it was gathered in prayer, and to all the victims of such cruel violence,” Pope Francis said. “I entrust to the Lord all those who have tragically perished, and I pray for the injured and all those who suffer as a result of this tragic event.”