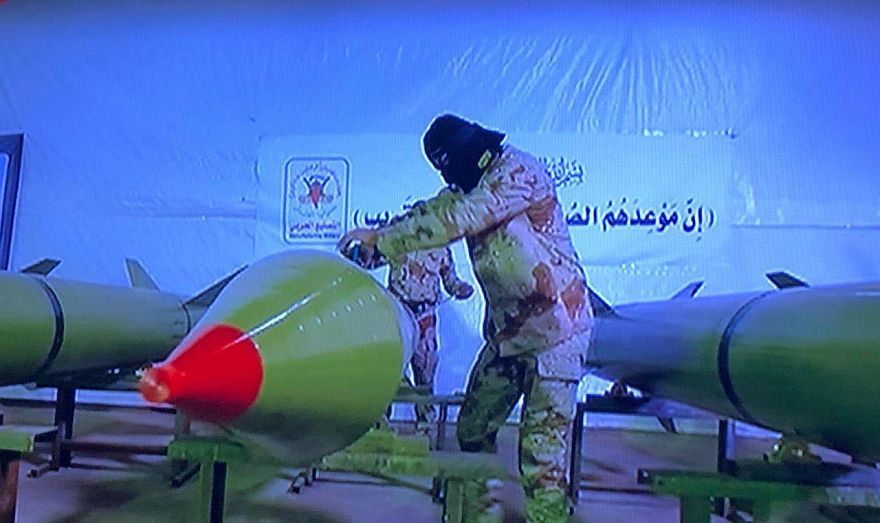 Palestinian Islamic Jihad terrorist works on setting up a Badr 3 rocket for launch, as seen in this video screen grab.
debka

The rocket was fired by the so-called “Al Quds Brigade,” the well-heeled armed wing of the Palestinian Islamic Jihad that has been generously supported in the past few years by Iran.

The group is threatening that “what is coming next will be even greater.”

The Iranian Badr 3 missile explodes within 20m of target and releases a 1,400-piece shower of shrapnel fragments.

At least four of the new Iranian missiles were shown on May 4 and 5 during the 700-rocket blitz on the Israeli population from Saturday morning. The Badr 3 was said by Iranian sources to have been supplied, possibly with technology and components, to the Palestinian Islamic Jihad, Hamas’ partner in the latest round of rocket attacks.

While earlier versions of the rocket carried 40 kilos of explosives, the Badr 3 has an explosive warhead of 250 kilos.

The new weapon made its Middle East battlefield debut in Yamen in early April in the hands of the Iranian-backed Houthi insurgents. Jihad in Gaza was therefore the first terrorist organization to use it against Israel.

DEBKAfile’s military sources disclose that the Badr 3 has a range of 150km.

Its greatest asset is that it explodes 20 meters above the target before landing, showering 1,400 pieces of shrapnel across a wide area.

This feature greatly enhances its capacity to harm multiple human targets and wreak damage to buildings over a wide radius. Due to this capacity, many people in Ashkelon and Ashdod were injured after hearing the rocket alerts before they were able to reach safe shelter. Four people were killed and more than 250 Israelis were injured – many from flying shrapnel and many buildings took direct hits.

Both terrorist groups, Hamas and Jihad, bragged on Monday that they had found a way to beat Israel’s Iron Dome defense batteries by releasing concentrated barrages of scores of rockets in a single launch. 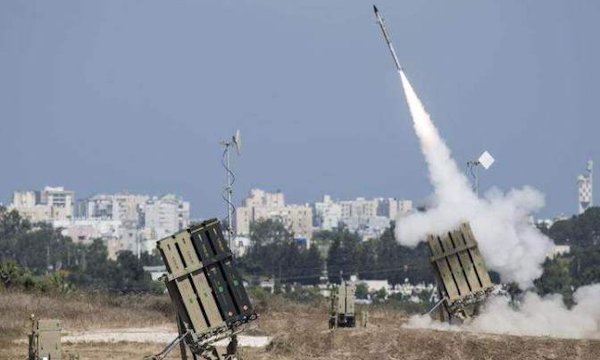 Our sources report that in the latest round of rocket aggression from Gaza, Iron Dome scored 70 percent hits in the interception of incoming rockets, down from 80 percent in previous rounds. However, these figures are provisional estimates and deeper analysis is needed for true results.

After multiple rounds of deadly rocket barrages that led to the deaths of four Israelis, sources in Gaza claimed Sunday evening that a ceasefire was to take hold at midnight Sunday night.

Israel did not confirm the report, which was clearly seen as “fake news” around midnight as fresh rocket attacks were launched from the enclave.

The IDF is meanwhile continuing to build up its forces along the Gaza border. By evening, hundreds of Merkava Mark IV tanks, armored personnel carriers and D9 bulldozers were arrayed in staging grounds along with the elite Golani Brigade combat troops to operate them, and the 7th Armored Brigade which was moved to the area earlier in the day.

Between Saturday morning and Sunday evening, more than 700 rockets and mortar shells were fired from Gaza at Israeli civilians living in southern communities along the border, cities in the Negev, the coastal plain, and in major cities such as Be’er Sheva, Ashkelon and Ashdod.

Four Israelis were killed, including one Bedouin Israeli who was killed while working at a factory in the Ashkelon Industrial Zone.

The security cabinet instructed the IDF to continue attacks in Gaza, and to increase the intensity of those attacks.