The international military build-up in the Gulf begins, apparently, at a moment the White House is mulling various military “options” in response to the Thursday morning shoot-down of a high altitude US military drone over the Strait of Hormuz, which Iran has acknowledged responsibility for.

After earlier this week Britain announced it would be deploying UK special forces to the Gulf to protect UK assets in the region due to last week’s tanker attack incident, also blamed on Iran, India is now initiating a major naval deployment there.

The Indian Navy announced via official statements that it is executing “Operation Sankalp” in order to “re-assure Indian Flagged Vessels operating/ transiting through Persian Gulf & Gulf of Oman following the maritime security incidents in the region,” according the Indian Navy spokesperson. 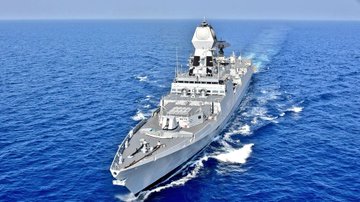 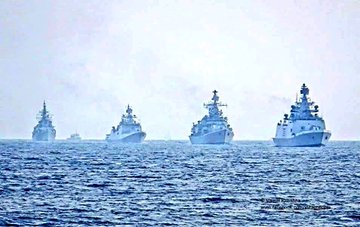 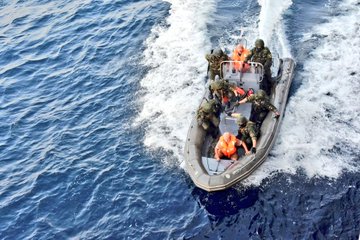 The multiple vessel deployment, including the military ships Chennai and INS Sunayna sent to the Gulf of Oman, is to provide “security” for Indian-flagged ships traversing the area following recent mine attacks on merchant ships and amid a tense US-Iran military standoff.

This as oil prices spiked over Thursday morning’s escalation, soaring 6% above $57 a barrel in the hours after the US drone downing.

These ships, deployed in the Gulf of Oman & Persian Gulf, are to undertake Maritime Security operations. In addition, aerial survl by IN aircraft is also being undertaken in the area. The IFC – IOR at Gurugram is also keeping a close watch on movement of ships in Gulf region2/2

“Ships Chennai and Sunayna have been deployed in the Gulf of Oman and Persian Gulf to undertake Maritime Security operations. In addition, aerial surveillance by [Indian] aircraft is also being undertaken in the area,” the Indian Navy saidfurther.

It appears India sees the security situation of its merchant ships and assets in the region as critical and dire, given the navy choosing to lead the newly announced ‘Operation Sankalp’ with what’s considered one of the most powerful warships in its fleet, the INS Chennai — a stealth guided-missile destroyer. 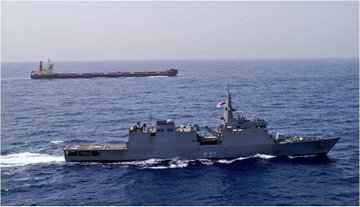 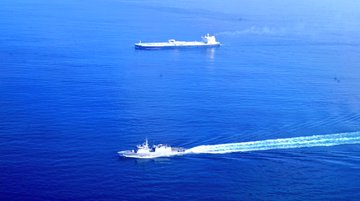 The Strait of Hormuz is a narrow waterway carrying a fifth of the world’s traded oil that Iranian officials have threatened to block in retaliation for sanctions targeting the country’s nuclear program.

Though for the past month Washington has been in the driver’s seat concerning its “maximum pressure” campaign against Tehran, Thursday’s drone downing has confirmed Iran’s willingness to act militarily even in the face of US build-up of forces in the region.

Trump admin thought it was driving Iran policy for several months. Now Iran seems to be driving the policy, US reacting.

As other countries witness this growing and dangerous tit-for-tat in the Gulf, which could at any moment unleash a broader direct war, the coming days will likely witness more countries deploying “maritime security” vessels to protect shipping lanes. This itself is a sign of how fast things are escalating.