Overwhelmed by a flurry of ‘unsolved’ cases (that is, cases with no obvious connection to the outbreak in China, or anywhere else), Japanese health authorities announced on Tuesday a new plan intended to focus the country’s precious medical resources on the most serious cases, while advising those with mild symptoms to treat themselves at home.

The approach differs markedly from the heavy handed tactics employed by Beijing China, which at its peak had 760 million – roughly half the country – under some form of lockdown restriction. 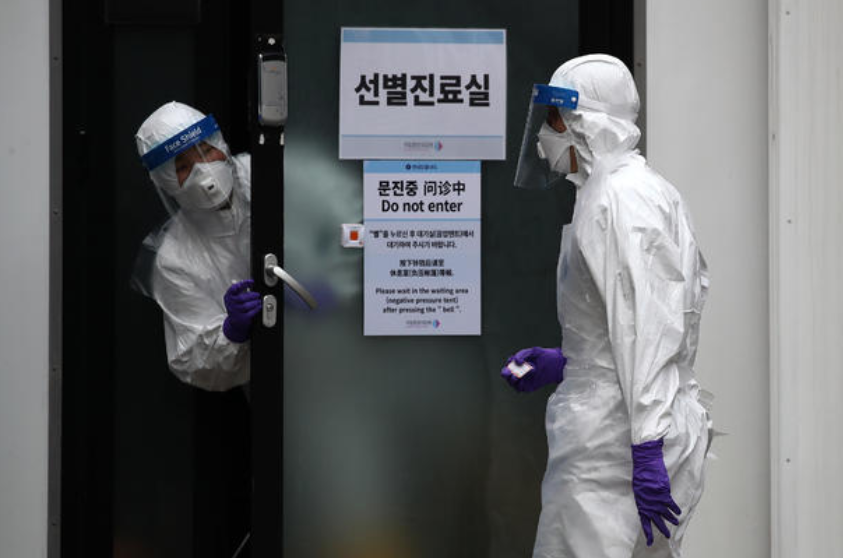 According to the Washington Post, the “basic premise” of the Japanese plan is that the virus can’t be stopped.

That’s right: The Japanese are essentially acknowledging that the thesis proposed by Harvard epidemiologist Marc Lipsitch – ie that 70% of the world’s population might someday contract the virus – has at least some legitimacy.

Japan has at least 160 confirmed cases of the virus outside the ~700 people who caught it aboard the ‘Diamond Princess’. Japanese health officials claim that a large-scale outbreak hasn’t taken hold; rather, small clusters of the disease have broken out around the country.

One senior advisor who spoke with WaPo put it the starkest of terms: We can’t stop it, so the best we can do is keep the body count as low as possible.

“We shouldn’t have illusions,” said Shigeru Omi, a senior government adviser. “We can’t stop this, but we can try to reduce the speed of expansion and reduce mortality.”

In keeping with this maxim, hospital space will be reserved for patients with the most serious symptoms, while those with simple colds and fevers have been asked to rest at home. They’re only to contact health authorities if a fever persists for four days. Or two for the elderly, people with chronic diseases or pregnant women .

Citizens have also been advised to “limit” face-to-face conversations, avoid crowds and drinking sessions, and wash their hands if they touch straps while commuting on the train. Though the government didn’t explicitly “ban” large events, it asked organizers to consider whether their event was really that necessary.

The new policy does little to clear up the uncertainty surrounding the Tokyo Olympics. But we suspect Japan will wait another month or two before it starts seriously considering what’s next.