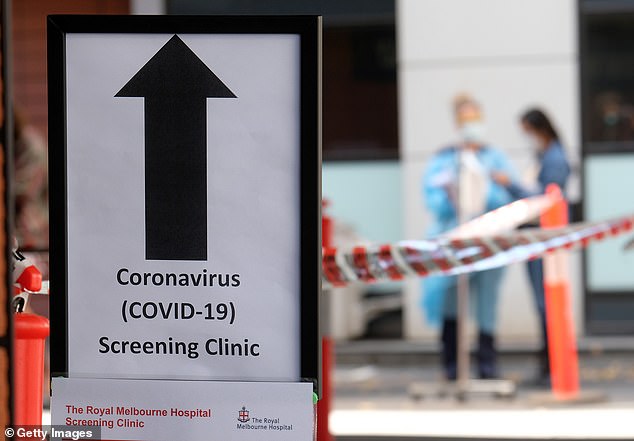 Australia has been urged to close its borders, shut down schools and universities and cancel mass events or risk facing a ‘complete and utter coronavirus epidemic’.

Grattan Institute’s chief executive John Daley called for Scott Morrison to follow the lead of Japan, Hong Kong and Singapore, which have introduced radical social distancing measures to curb the spread of COVID-19.

Mr Daley said while some countries’ approaches to the outbreak have impacted their economies, they had been successful in reducing virus cases. 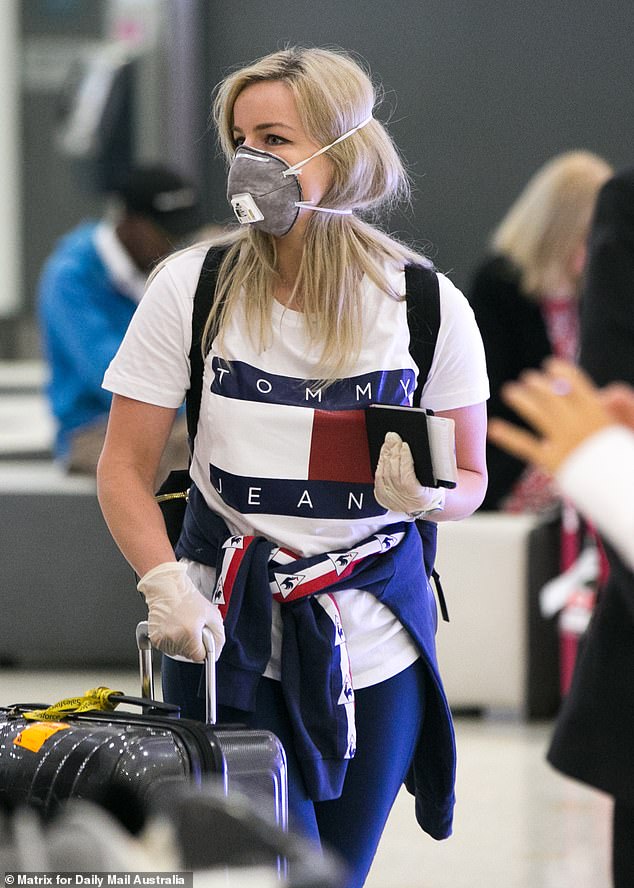 Australia has been warned to close its borders, shut down schools and universities and cancel mass events to reduce the country’s coronavirus death rate, according to the Grattan Institute. A woman is seen arriving at Sydney Airport on Wednesday 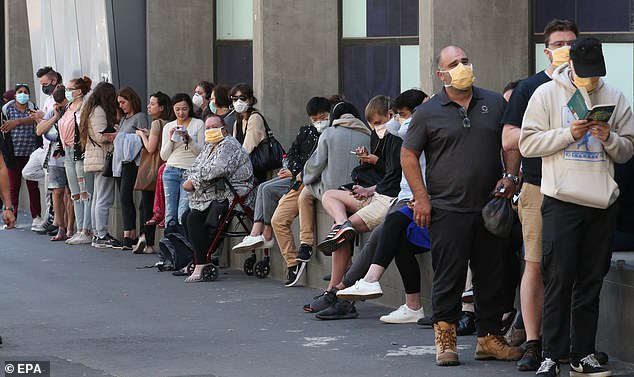 Dr Muhammad Mohsin, who runs a number of GP clinics, has called for all public events, schools, businesses, childcare centres and universities to be shut down for a month

‘One option is that we can introduce very significant social distancing now and also potentially close the airports to foreign travellers. The consequence of that would be you would probably see the number of cases in Australia drop to zero,’ he told The Australian.

‘The second option is that you keep doing what we are doing at the moment. At some point it is likely that we will start to see significantly more person-to-person transmission in Australia.’

Mr Daley warned if Australia keeps up its ‘non-stringent measures like Italy‘, our cases would climb ‘pretty quickly’ and the fatality rate would skyrocket.

Dr Muhammad Mohsin, who runs a number of GP clinics, called for all public events, schools, businesses, childcare centres and universities to be shut down for a month. 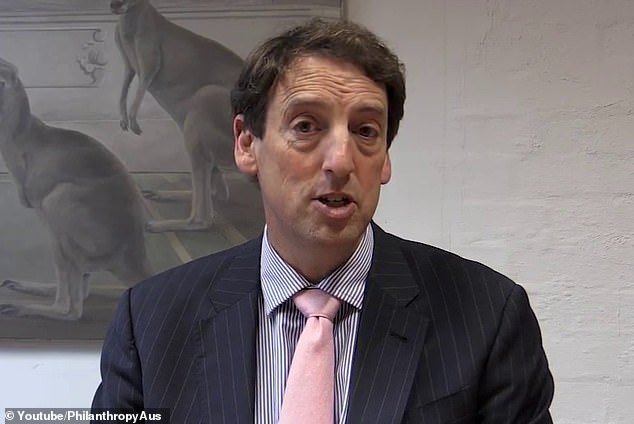 Grattan Institute’s chief executive John Daley (pictured) has called for Australia to follow in the footsteps of Japan, Hong Kong and Singapore, who have put radical social distancing measures in place to curb the spread of the disease

‘This is the only way we can avoid a complete and utter epidemic in Australia. Otherwise, the virus will spread and it will devastate our country and our economy. We must do it before winter arrives. This is absolutely critical,’ he said.

Just two days ago, NSW had 55 cases in the worst-hit state in Australia, now its hit 77

We are well on our way from case case cluster clusters to Epidemic!

Dr Mohsin said the only way to stop the spread of coronavirus is for workers and students to work and study from home.

A number of schools in NSW and Melbourne have temporarily closed because of the coronavirus, but Education Minister Dan Tehan doesn’t expect state-wide closures.

Mr Tehan said it would be more likely for schools in particular areas to close, with the government relying on expert medical advice.

Universities are scaling back their course offerings or providing more online tuition.

But Southern Cross University has gone further, temporarily closing its Gold Coast and Lismore campuses on Wednesday after a staff member visiting from the Philippines tested positive to the virus.

Fears coronavirus patient, 22, exposed HUNDREDS of revellers to COVID-19 after he partied at one of Australia’s most popular nightclubs

A man with coronavirus may have exposed hundreds of revellers to the deadly disease after partying at one of Queensland’s most popular nightclubs.

The 22-year-old man, who attends the University of Queensland, was at Friday’s Riverside in Brisbane‘s CBD on Saturday night.

He was confirmed as having the virus on Tuesday, after recently returning from Italy – Europe’s COVID-19 epicentre.

The man partied at the popular venue between 5pm and 9pm. 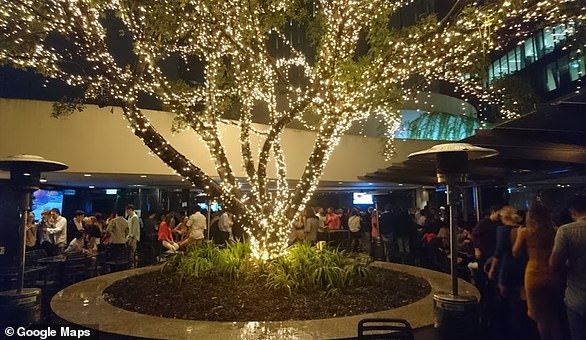 Other patrons are being warned they may need to self-isolate if they come down with symptoms.

‘They (patrons) don’t need to go into home quarantine.

‘But they do need to be aware and alert if they develop any symptoms suggestive of an infection – any respiratory-type symptoms, or a fever – they should go and get themselves tested.’

The man also attended classes at the university’s St Lucia campus in Brisbane on Thursday and Friday last week. 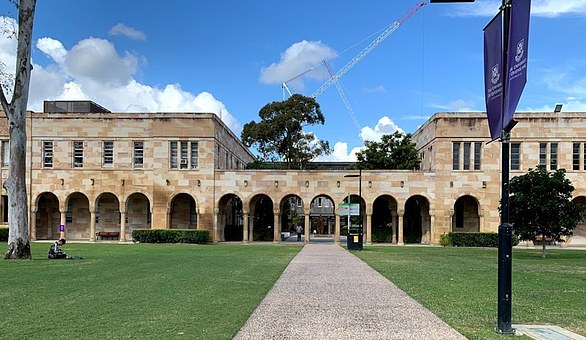 A Few Cases turn to an Epidemic

In Italy – Europe’s epicentre for the outbreak – 100 people died ten days after the country reached 100 cases.

But only 12 people have died in Japan, whose measures have been more strict.

Italy’s alarmingly rapid outbreak of the virus prompted Scott Morrison to announce a travel ban for foreign nationals from Italy from Wednesday night.

It comes as medical experts warned Australia’s hospitals will become swamped by thousands of coronavirus patients within a month.

Cases of COVID-19 are doubling every six days around the world – and a similar rate is predicted in Australia.

Professor Raina MacIntyre, the head of Biosecurity at the University of New South Wales’s Kirby Institute, said Australia’s rate of infection could soon be on par with the rest of the world.

‘If it becomes widespread, there is the potential for the health system to be overwhelmed,’ she said.

With 129 confirmed cases in Australia, the number could climb to more than 3,200 patients within four weeks, based on the six-day doubling model. [ Note the average globally is 4 – 5 Days ]

Formula One star Daniel Ricciardo has been pulled out of a scheduled Renault team media conference to protect him from coronavirus, while three crew from other teams have been placed in self-isolation after displaying symptoms of the illness just days out from the Australian Grand Prix.

Ricciardo and teammate Esteban Ocon were due to take part in a media conference on Wednesday at the Albert Park circuit, ahead of Sunday’s race but team officials made a call at the last moment to withdraw them and keep them protected from the public going into the weekend. 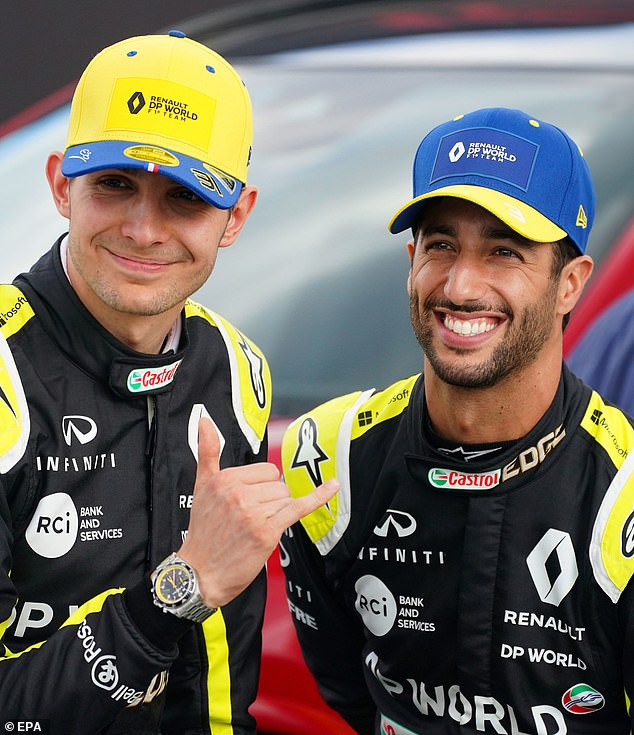 Australian Formula One star Daniel Ricciardo (right) and teammate Esteban Ocon (left) were due to take questions from reporters, but the conference was cancelled

Our drivers were supposed to be with us for this event but due to the situation we’ve excused them for the occasion,’ Renault team principal Cyril Abiteboul said.

‘I hope you understand why we are taking such measures.’

Elsewhere, a member of the McLaren team, as well as two personnel from the US outfit Haas, were put in isolation after displaying flu-like symptoms and being tested for the virus in Melbourne.

This year’s race has been under a cloud since the onset of the virus, which has caused major sporting events around the world to be cancelled, postponed or contested without spectators present. 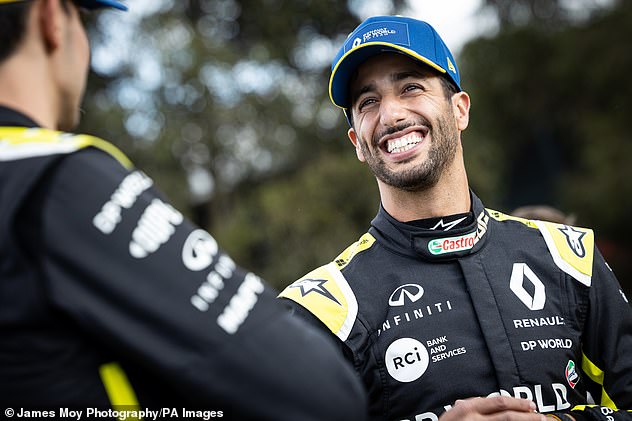 A key point of concern for organisers has been the presence of Italian teams Ferrari and the newly rebranded AlphaTauri team, formerly Toro Rosso, as well as tyre supplier Pirelli.

Italy has the highest number of Covid-19 cases outside of China, and the government announced on Wednesday that it would stop travellers arriving from the European nation.

Members of all three organisations had their temperatures taken upon arrival in Melbourne and key F1 officials have said a race for championship points will not go ahead without them.

Next week’s race in Bahrain will take place behind closed doors, while the Chinese Grand Prix scheduled for April 19 has been cancelled.