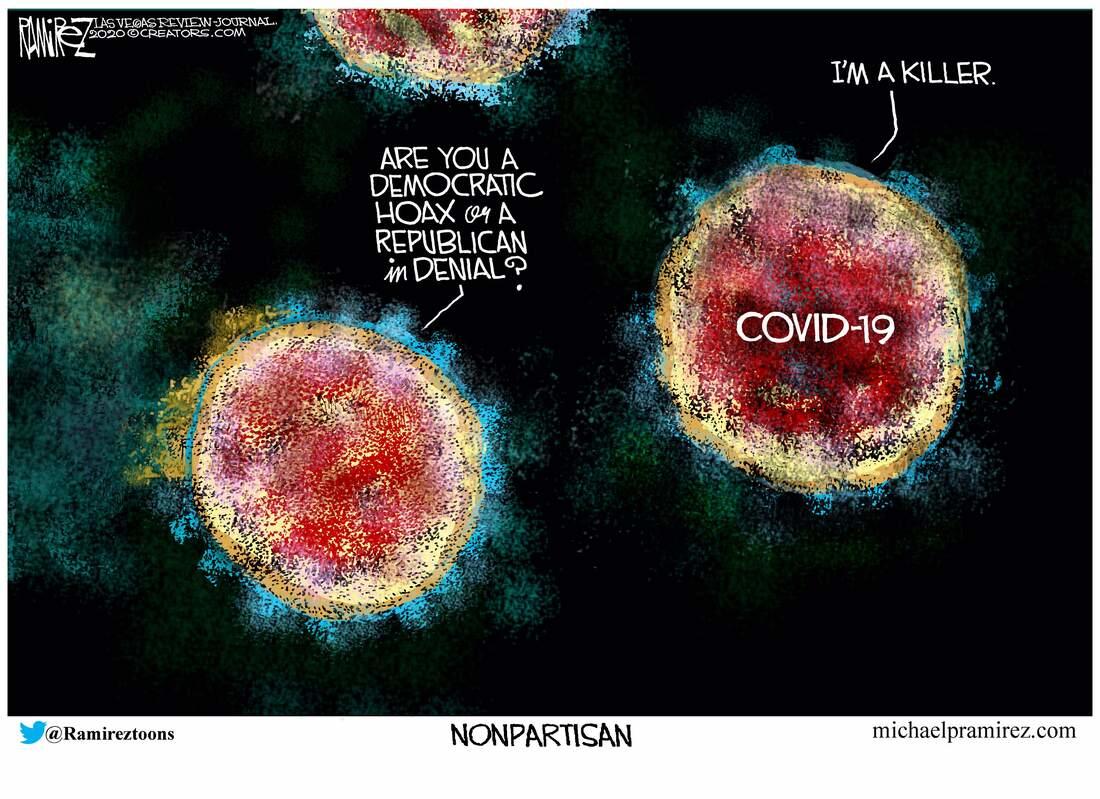 At least in wartime, the bars stay open. That’s how you know this is a different thing altogether from whatever else you’ve seen in your lifetime. Even those of us who signed up for this trip – that is, who expected a long emergency – may be a little bit in cosmic awe at just how much shit is flying into the ol’ fan. I know I am. The gods must have glugged down a mighty draft of Dulcolax.

Did you get the feeling, as I did, watching the Sanders-Biden debate last night — the inadequate versus the irrelevant — that the world they were blathering about possibly doesn’t exist anymore? The world of institutions that actually function? Like, the ones that conjure up whatever sum of money you demand to keep all the wheels spinning? Remember that Hemingway line about the guy who went broke? Slowly, then all at once. That’s us. Medicare for all now? Really? More like, a year from now every physician in America may be the equivalent of the old country doc toting a black bag around to home visits. Unfortunately, there aren’t enough horses left in America, and the few buggies we’ve got are all in the museum.

The mega financial bubble-of-bubbles is deflating with frightful velocity precisely because of the efforts since 2008 to artificially inflate it.

The Federal Reserve gave it one final blast Sunday night — while everybody else was counting their rolls of toilet paper — and the effect was like blowing hot air into a shredded Zeppelin. Stock futures are “limit down” as I write, before the Wall Street open. Gold is getting pounded into the ground like a grape stake and silver is so low it looks like the hedge fund managers are down to pawning grandma’s table service. (Hint, the PMs will bounce back hard; the rest, probably not so much.) 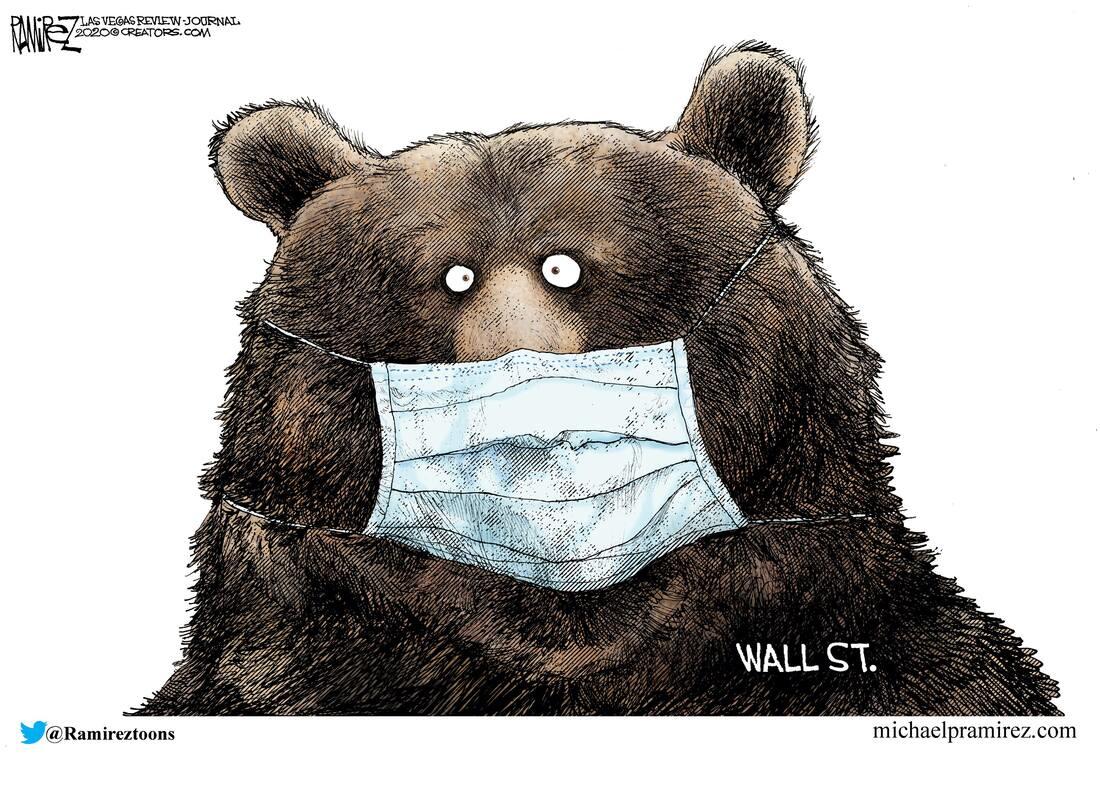 Nobody really knows how deep and how harsh this gets (and perhaps the ones who have a clue ain’t sayin’). But the situation presents two salient questions:

Americans have never been through anything remotely like this.

The disorders of the Civil War were sharp and horrendous military operations conducted mostly in cornfields, pastures, and woods (yes, and some small cities like Richmond, pop. 38,000, and Atlanta, pop. 10,000). When the smoke cleared, battered Dixieland emerged to numb civil order. Up in Yankeedom, the New York draft riots ran for a week around the small patch of Manhattan island, but everybody else went along with Mr. Lincoln’s program.

After all that, America got on quickly with the lively business of the 19th century: railroads, mines, factories, and all that. The world wars took place in foreign lands, and the home-front scene of the 1940s now looks nostalgically idyllic.

The stresses mounting on the national scene today reflect the extreme fragilities of the way-of-life we constructed since then, and an awful lot of bad choices we made in the process, like suburbanizing the nation and making everybody a hostage to happy motoring. I won’t belabor that point, except to ask how are those vast regions of the country going to manage daily life as the supply chains wobble? I’d say a shortage of toilet paper may only be the beginning of their problems.

The cities — at least, the few that didn’t already implode from the inside out — made assumptions about how big and tall they could grow which don’t jibe with the new circumstances chugging ferociously down the line.

Just think what a lockdown of the global economy will do to all those residential skyscraper projects lately hoisted up in New York, San Francisco and Boston?

I’ll tell you: They are assets instantly converted into liabilities. And how will these cities even begin to pay for maintaining their complex infrastructures and services when the money for all that no longer exists and there’s no way to pretend that it will ever come back? Answer: They won’t be able to keep borrowing and they won’t manage. These cities will depopulate and there will be battles over who gets to live in the parts that still may have some value, like riverfronts.

I guess just about everybody can now see the idiocy of concentrating the nation’s commercial life in super-gigantic organisms like Big Box stores. It seemed like a good idea at the time, like so many blunders in history, and now that time is over. Any ecology thrives on redundancy — a lot of players doing similar things at the appropriate scale — and America’s chain retail model for a commercial ecology was an obvious fiasco waiting happen. The people who run that, and other people who run other things in our society, must be wondering whether those supply-chains from China will come back. It’s no different than the cargo cults of the Solomon Islanders circa 1947, after the military airplanes stopped landing with all their magical goodies: time to go back to fishing from the dugout canoe.

The foolish, idiotic identity politics ginned up by the Left and their racially-inflamed, sexually-disturbed scribes in the Thinking Class, have successfully destroyed the last shred of an American common culture that held the country together through earlier vicissitudes. So, one concludes that we’ll be left stewing in poisonous tensions, and perhaps some violent conflicts, before those matters head toward some sort of resolution.

Where does this all lead?

Eventually, to a land and a people who operate their society in a very different way at a much more modest scale. The task of re-organizing our national life is immense. (There will be plenty to do, so don’t worry about that.) You can forget about the grandiose techno-narcissistic visions of electrified motoring and a robotic nirvana of perpetual sex-crazed leisure.

Everything we do has to be down-scaled, from whatever manufacturing we can cobble back together to rebuilding commercial ecosystems at a finer grain from region to region — in other words, what we now call small business, geared locally.

Expect giant AgriBiz to founder on a shortage of capital, especially, and expect smaller farms to organize emergently, worked by more humans working together. That is, if we want to keep eating. Expect the small towns in the well-watered parts of the country to revive while the groaning metroplexes spiral down into entropic sclerosis. Consider the value of our vast inland waterway system and the opportunities to move goods on them, when the trucking industry unravels. Consider lending a hand at rebuilding the railroad system in this country.

There will be economic roles and social roles for all those willing to step up to some responsibility.

Young people may see tremendous opportunity replacing the wounded economic dinosaurs wobbling across the landscape. It’ll be all about going local and regional and making yourself useful in exchange for a livelihood and the esteem of others around you — aka, your community. Government has been working tirelessly to make itself superfluous, if not completely ineffectual, impotent, and rather loathsome in the face of this crisis that has been slowly-but-visibly building for half a century.

Something old and played-out is limping offstage, and something new is stepping on. Aren’t you glad you watched all those debates?