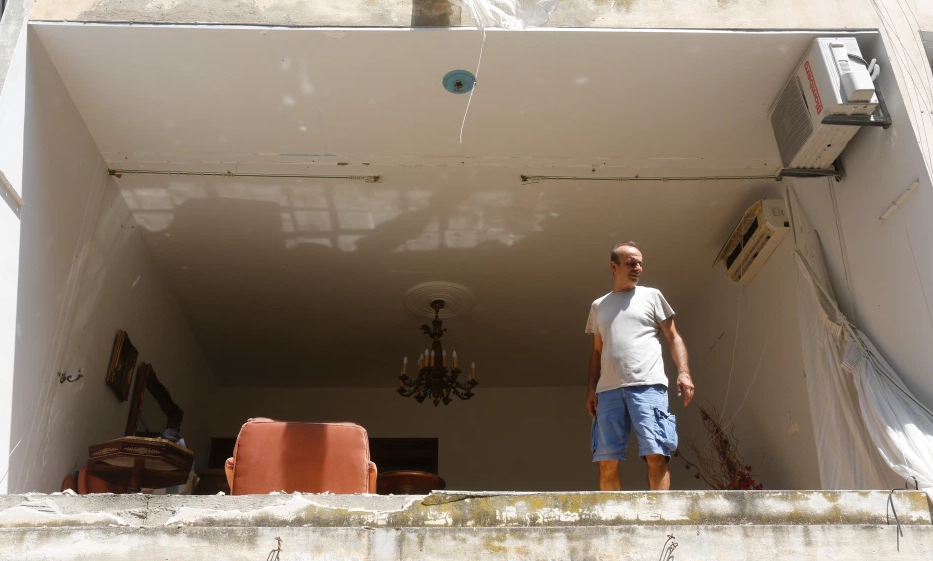 Within a one mile radius, entire sides of residential buildings were ripped off. Getty Images

After Tuesday’s deadly blast in Beirut which Lebanon’s PM linked to 2,750 tons of ammonium nitrate which had unsafely sat in storage on the port going back to 2013, the governor of Beirut has estimated the damage is so pervasive throughout the city as to have left hundreds of thousands homeless.

During a press conference the governor of Lebanon Marwan Abboud described while fighting back tears during a live press briefing that the two explosions that left 100 dead and over 4,000 injured unleashed at least three billion dollars in damage, devastating up to half the city.

“I took a tour of Beirut, the damage can amount to between three and five billion dollars,” Abboud estimated. And he said that it’s likely up to 300,000 residents of the city were left homeless, given in many cases entire walls of buildings were ripped out by the seismic blast shockwave.

Regional media reported of his comments:

“Almost half of Beirut is destroyed or damaged,” he estimated, with 250,000 to 300,000 people finding themselves homeless.

“Maybe more,” Abboud added while discussion the billions in damage, which also crucially took out the entirety of the city’s economically vital port.

The blast force is being widely estimated in international reports as being one-fifth the size of Hiroshima.

Lebanon’s president has declared a two week state of emergency and has put port authority officials under house arrest while pending an investigation.

It’s clear from widely shared footage showing multiple angles of the enormous blast, the biggest in Lebanon’s history, that buildings and homes within the immediate few kilometres of the epicenter were leveled, and across almost the entirety of the capital city windows were shattered, balconies blown off, and sides of buildings damaged.