“For nation shall rise against nation, and kingdom against kingdom: and there shall be famines, and pestilences, and earthquakes, in diverse places” — Matt 24:7 [Added]

The first human case of a deadly strain of bird flu in the UK has been detected in a person living in the South West of England as the country faces its largest ever outbreak in animals, health officials have said.

Britain’s ‘patient zero’ caught the H5N1 virus after ‘very close and regular’ contact with a large number of infected birds which they kept in and around their home, according to the UK Health Security Agency (UKHSA).

It is the first ever human case of H5N1 — which kills up to half of the people it infects — recorded in the UK and fewer than 1,000 people have ever been diagnosed with the strain globally since it emerged in the late 1990s.Clairo Rates Hilary Duff, Criss Angel, and Peppa PigPauseNext video0:00 / 0:00Full-screen

No more details about the individual have been released, but officials said they were in good health and currently in self-isolation. All of the patient’s infected birds have been culled.

Their close personal contacts, including people who visited the premises, have also been traced and there is ‘no evidence’ of the infection having spread to anyone else, the UKHSA said.

The current H5N1 outbreak is the largest bird flu crisis ever recorded in Britain — with officials saying more than half a million poultry have had to be culled as part of efforts to control the virus.

Shocking images show thousands of dead chickens being dumped into a truck after an outbreak at Ivy House Farm in Lincolnshire in December, with animals’ rights activists claiming the true death toll has been upwards of 2million over the last few months.

The outbreak has been going on for weeks and sparked fears of a turkey shortage in the run-up to Christmas.

Bird to human transmission of bird flu — also known as avian flu — is rare and has only occurred a small number of times in the UK. However, the public is being urged not to touch sick or dead birds.

Subsequent human-to-human transmission of avian influenza is also rare and the risk of a major outbreak in people is deemed to be even lower.

But the development comes with fears about infectious pathogens at an all-time high in the UK after two years of the Covid pandemic, reignited by the latest surge in Omicron infections. 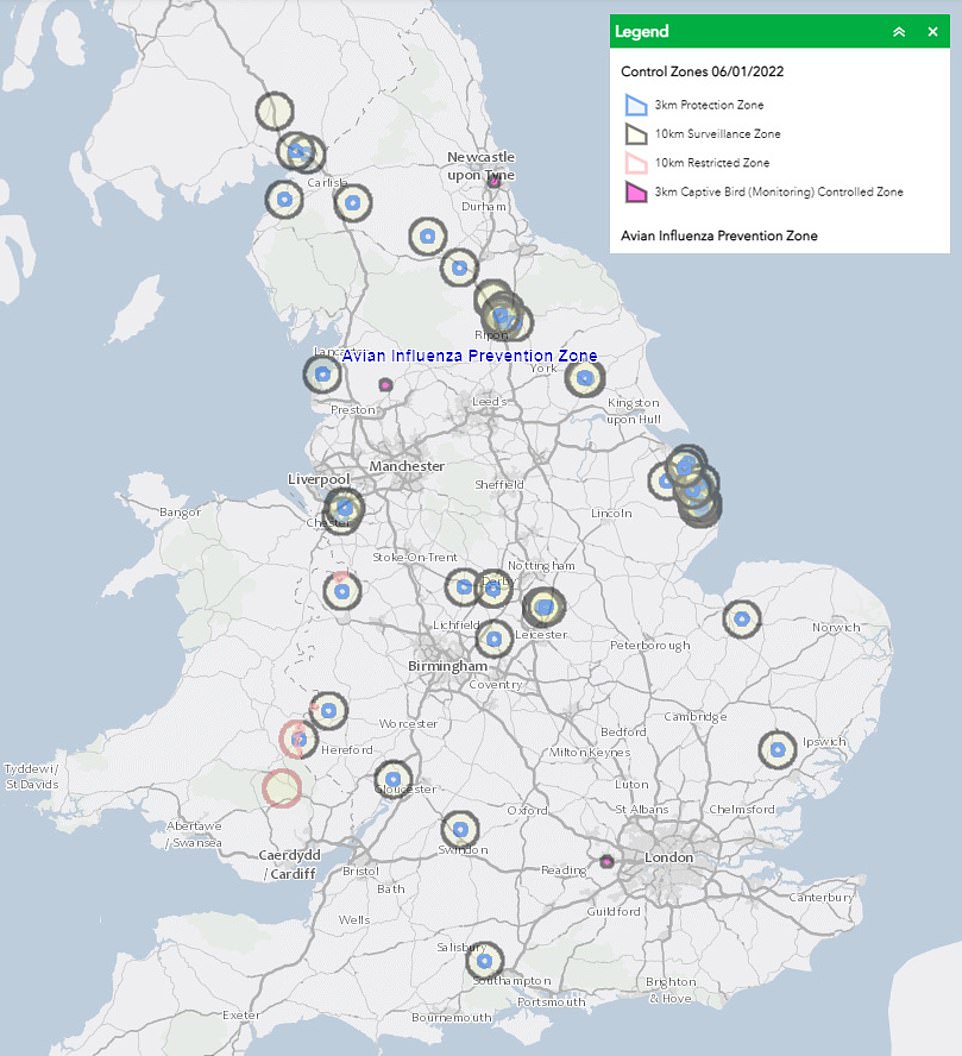