China fired its most direct warning shot yet amid reports that House Speaker Nancy Pelosi may visit Taiwan on Friday, saying that if the speaker’s plane is accompanied by U.S. fighter jets, they would not rule out shooting them down.

‘If US fighter jets escort Pelosi’s plane into Taiwan, it is invasion. The PLA has the right to forcibly dispel Pelosi’s plane and the US fighter jets, including firing warning shots and making tactical movement of obstruction. If ineffective, then shoot them down,’ Hu Xijin, a commentator with the Chinese state-affiliated Global Times, wrote on Twitter.

Earlier China warned the U.S. against crossing a ‘red line’ as it released not-so-subtle warnings against the speaker, which China has reasoned is number three in line in U.S. government, from visiting Taiwan.

The U.S. must be prepared to ‘bear all consequences’ if Pelosi chooses to visit Taiwan, Chinese foreign minister Zhao Lijian said in a briefing Friday.

‘We just don’t have any concrete indications of something happening from a military perspective on the Chinese part,’ Kirby said.

The speaker has not confirmed whether she will visit the island democracy during an Asian tour that includes stops in Japan, South Korea, Malaysia and Singapore. In response to a question about the potential Taiwan trip on Friday, Pelosi only said:’I don’t talk about my travel because it’s a security issue.’ 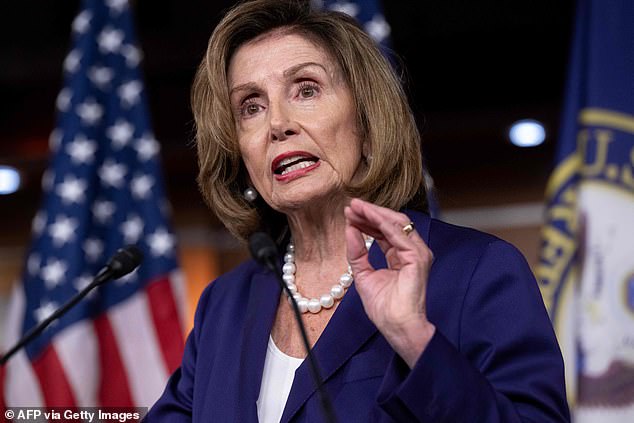 Speaker Pelosi has not confirmed whether she will visit the island democracy during an Asian tour that includes stops in Japan, South Korea, Malaysia and Singapore 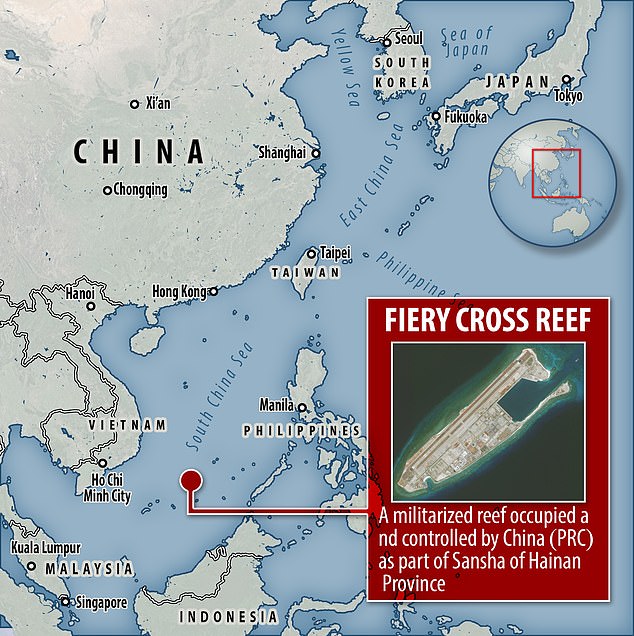 The speaker added: ‘The President earlier this term talked about a strong emphasis on the Asia Pacific … and the Congress of the United States will be part of that initiative.’

Still, tensions have mounted over the possibility, with the Chinese navy monitoring the USS Ronald Reagan aircraft carrier’s activities in the South China Sea.

The Reagan and its strike group left Singapore on Monday and headed to the South China Sea. The nuclear-powered warship was cruising about 185 km (115 miles) from the contested Fiery Cross Reef on Thursday, according to the South China Post. If the vessels continue in the direction they are headed, they will reach the Taiwan Strait.

Two other vessels – identified by Vietnam-based maritime observer Duan Dang as a Chinese Type 052D destroyer and a Type 054A frigate – were seen 27km and 23km away.

Meanwhile the Chinese navy is conducting military exercises off its southern coast near Guangdong, following exercises in nearby Hainan province.

President Biden said last week the Pentagon thought a Taiwan trip was ‘not a good idea.’

‘Well, I think that the military thinks it’s not a good idea right now,’ Biden said in response to a question about Pelosi’s reported trip. ‘But I don’t know what the status of it is.’ 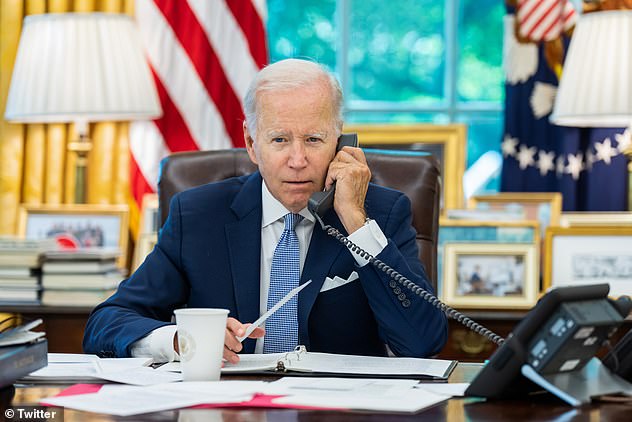 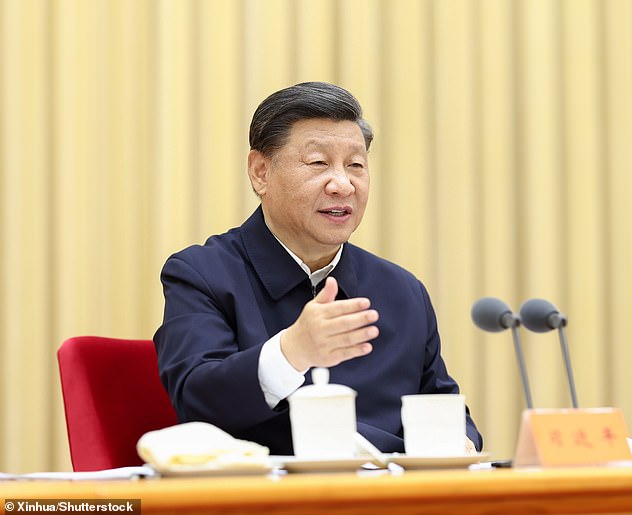 Xi warned Biden on the call, according to Chinese state media: ‘Those who play with fire will only get burnt. Hope the U.S. side can see this clearly’ 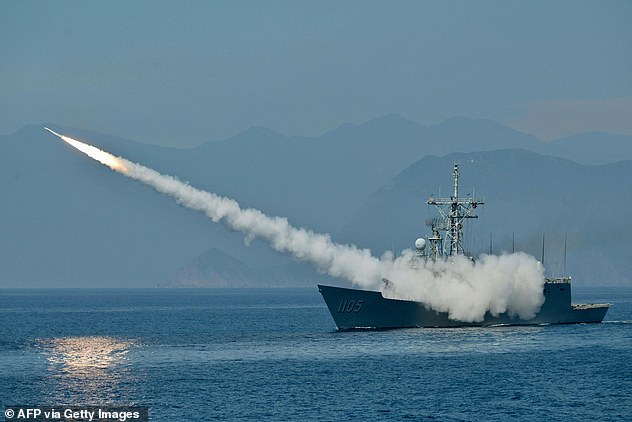 Biden and President Xi Jinping spoke on the phone Thursday, where China claimed to have offered a stiff warning ahead of the unconfirmed trip.

The call comes as Taiwan ramps up its largest ever military drills while neighboring China isn’t pleased with prospective visit to the island by House Nancy Pelosi. Pictured: Taiwanese navy launches a US-made Standard missile from a frigate during the annual Han Kuang Drill, on the sea near the Suao navy harbor in Yilan county on July 2

Chinese state media released some excerpts from the call, including Xi telling Biden: ‘Those who play with fire will only get burnt. Hope the U.S. side can see this clearly.’

The leader of the People’s Republic of China also said he firmly opposes Taiwan independence and the interference of external forces.

On the other hand, Biden expressed the U.S. stance on the issue has not changed, according to a read out of the meeting.

When asked to weigh in on whether this statement was an escalation in tensions, White House Press Secretary Karine Jean-Pierre deflected and declined to comment.

‘They had a very direct conversation. They’ve known each other for some time. President Biden has known President Xi for about four decades,’ Karine detailed during her daily briefing on Thursday.

Further pushed on if the call helped lower tensions, Jean-Pierre reiterated that the call was ‘straight forward,’ but wouldn’t comment further.

The Chinese Ministry of Foreign Affairs (MFA) accused the White House of lying when Jean-Pierre said ‘genocide’ and ‘human rights abuses’ came up on the call.

‘According to White House Press Secretary, ‘genocide’ & ‘forced labor’ came up in last night’s call between Chinese & US Presidents. That is disinformation,’ MFA spokesperson Zhao Lijian said in a statement. ‘Pure lies,’ he added.

China regards Taiwan as part of its territory, though Taiwan sees itself as a self-ruled territory.  The U.S. has long practiced ‘strategic ambiguity’ – deliberately not revealing whether or not it would come to Taiwan’s aid should China invade and maintaining only unofficial relations. In recent years, those unofficial relations have grown tighter and Biden has repeatedly slipped up in committing to Taiwan’s defense, before White House officials backtrack and say that the U.S.’ posture has not changed.

One thought on “China says it WILL shoot Pelosi’s plane down IF she travels to Taiwan under US fighter escort:”