(Vatican Radio) Pope Francis has urged Methodist and Waldensian Churches to continue to walk together with the Catholic Church on the path towards full Christian unity pointing out that in a world lacerated by violence and fear it is all the more important to live and to convey the Christian message of welcome and fraternity.

The Pope’s words of friendship and closeness came in a message on Monday to the annual Synod of the Italian Methodist and Waldensian Churches taking place in Torre Pellice – near Turin – from 20 to 25 August.

Recalling recent encounters between the Churches and a shared celebration of the 500th Anniversary of the Reformation, the Pope said “May Jesus’ gaze brighten our relationship so that it is never just formal or proper, but fraternal and lively.”

“The Good Shepherd – he continued – wants us to walk together and his gaze embraces all of his disciples whom He wants to see fully united”.

Francis also said that to walk towards full unity with the hope that derives from the knowledge that God’s presence is stronger than evil, is all the more important today, “in a world scarred by violence and fear, by wounds and indifference, in which the egoism of self-affirmation to the detriment of others overshadows the simple beauty of welcome, sharing and loving”.

“Our Christian witness, he said, must not yield to the logic of the world: let’s help each other to choose and live the logic of Christ.”

At the Synod some 180 representatives of the Methodist and Waldensian Churches – both pastors and lay people in equal number – will be deciding on Church programmes for the coming year, and will be electing their executive and administrative bodies. 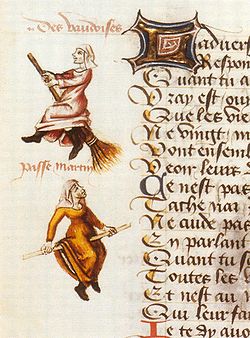 The Catholic Church viewed the Waldensians as unorthodox, and in 1184 at the Synod of Verona, under the auspices of Pope Lucius III, they were excommunicated. Pope Innocent III went even further during the Fourth Lateran Council in 1215, officially denouncing the Waldensians as heretics. In 1211 more than 80 Waldensians were burned as heretics at Strasbourg, launching several centuries of persecution that nearly destroyed the movement.[28]

In 1487, Pope Innocent VIII issued a bull for the extermination of the Vaudois. Alberto de’ Capitanei, archdeacon of Cremona, responded to the bull by organizing a crusade to fulfill its order and launched an offensive in the provinces of Dauphiné and Piedmont. Charles I, Duke of Savoy, eventually interfered to save his territories from further turmoil and promised the Vaudois peace, but not before the offensive had devastated the area and many of the Vaudois had fled to Provence and south to Italy. The noted theologian Angelo Carletti di Chivasso, who was in 1491 appointed Apostolic Nuncio and Commissary by Innocent VIII, conjointly with the Bishop of Mauriana, was involved in reaching the peaceful agreement between Catholics and Waldensians.

It has been estimated by careful and reputed historians of the Catholic Inquisition that 50 million people were slaughtered for the crime of “heresy” by Roman persecutors between the A.D. 606 and the middle of the 19th century.

Clark’s Martyrology counts the number of Waldensian martyrs during the first half of the 13th century in France alone at two million.

From A.D. 1160-1560 the Waldensians which dwelt in the Italian Alps�were visited with 36 different fierce persecutions that spared neither age nor sex (Thomas Armitage, A History of the Baptists, “Post-Apostolic Times – The Waldensians,” 1890).

They were almost completely destroyed as a people and most of their literary record was erased from the face of the earth. From the year 1540 to 1570 “it is proved by national authentic testimony, that nearly one million of Protestants were publicly put to death in various countries in Europe, besides all those who were privately destroyed, and of whom no human record exists” (J.P. Callender, Illustrations of Popery, 1838, p. 400).

Catholic historian Vergerius admits gleefully that during the Pontificate of Pope Paul IV- (1555-1559) “the Inquisition alone, by tortures, starvation, or the fire, murdered more than 150,000 Protestants.”

For professing faith contrary to the teachings of the Church of Rome, history records the martyrdom of more then one hundred million people. A million Waldenses and Albigenses [Swiss and French Protestants] perished during a crusade proclaimed by Pope Innocent III in 1208.

Beginning from the establishment of the Jesuits in 1540 to 1580, nine hundred thousand were destroyed. One hundred and fifty thousand perished by the Inquisition in thirty years. Within the space of thirty-eight years after the edict of Charles V against the Protestants, fifty thousand persons were hanged, beheaded, or burned alive for heresy.

Eighteen thousand more perished during the administration of the Duke of Alva in five and a half years.

These are only small samples of the brutality which was poured out upon “dissident” Christians by the Roman Catholic Church during the Inquisition.

I am sorry Pope Francis, but we still waiting for the apology….