An intense hailstorm hit capital Bogota, Colombia on November 1, 2017, causing severe floods and impressive hail accumulations. The storm caused traffic collapse and serious damage across the city but there are no reports of injuries.

Heavy rain, accompanied by hail and thunderstorms, started around 17:00 local time and lasted for more than four hours. Flooding was reported in parts of Suba, Usaquén, Chapinero, Teusaquillo, Engativá and Los Mártires.

Among the most affected areas were Caracas Avenue, where floods were reported and a thick layer of hail. The greatest damage was reported in the vicinity of the 72nd street where parts of the building of the National Theater Foundation collapsed and damaged two vehicles parked near the site, according to El Espectator. There are numerous reports of damaged roofs due to the weight of hail as well as downed trees.

“November is rainy season and in that sense, we do not consider it an atypical situation for this time of year,” Omar Franco, the director of Colombia’s Institute of Hydrology, Meteorology and Environmental Studies (IDEAM), said. 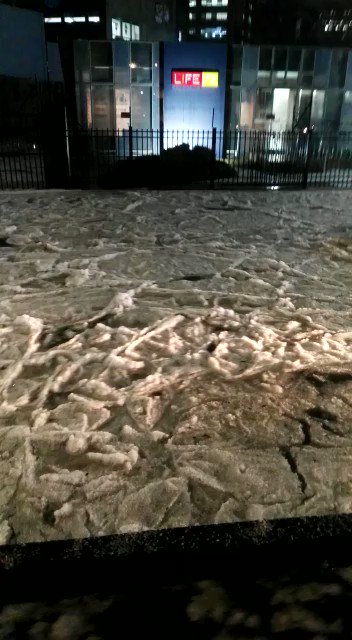 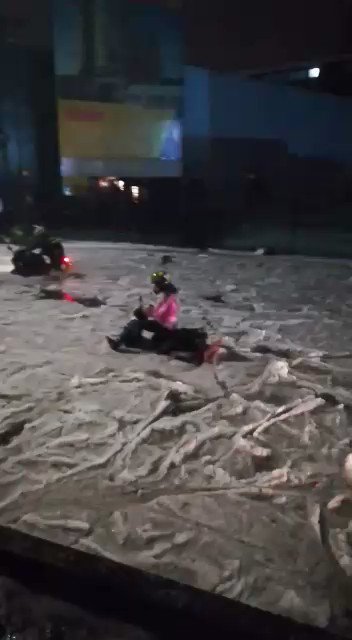 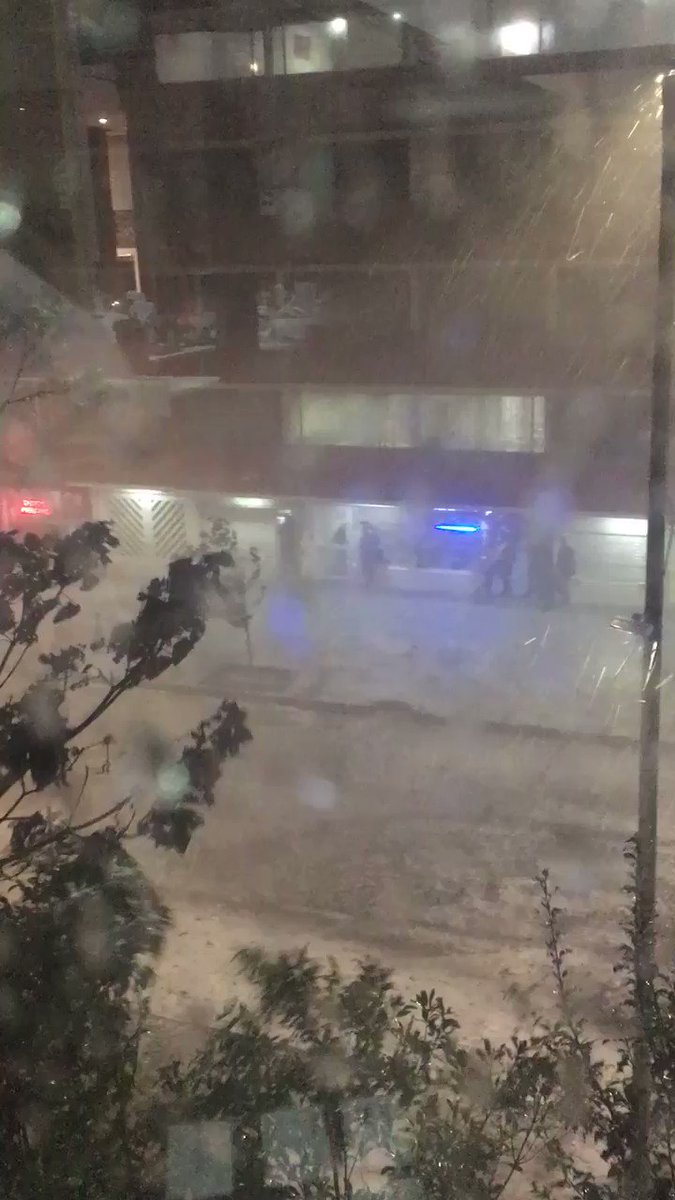 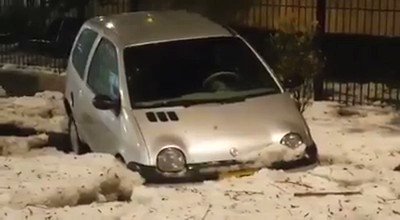 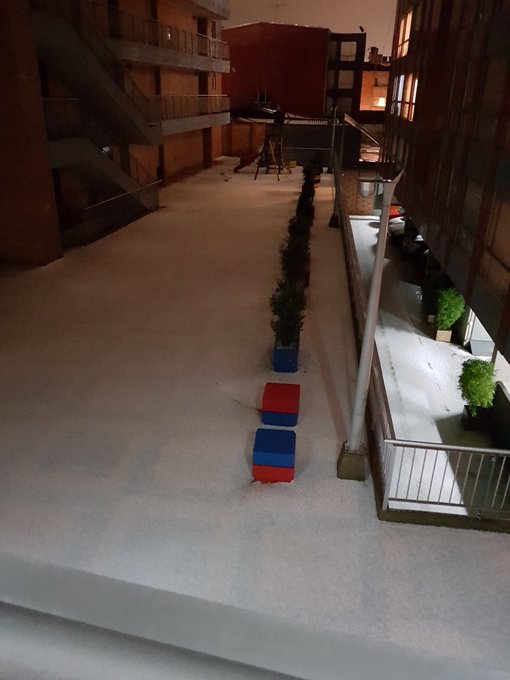 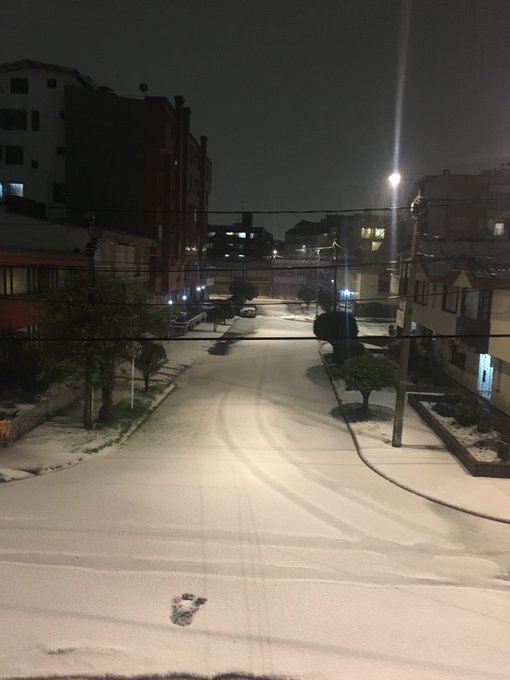 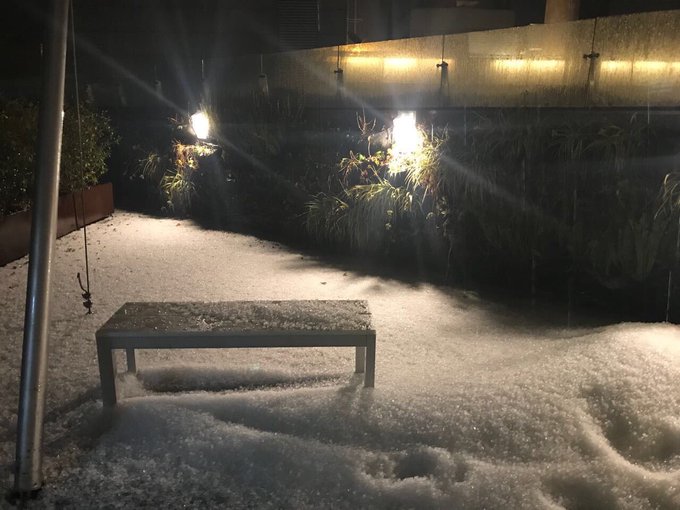 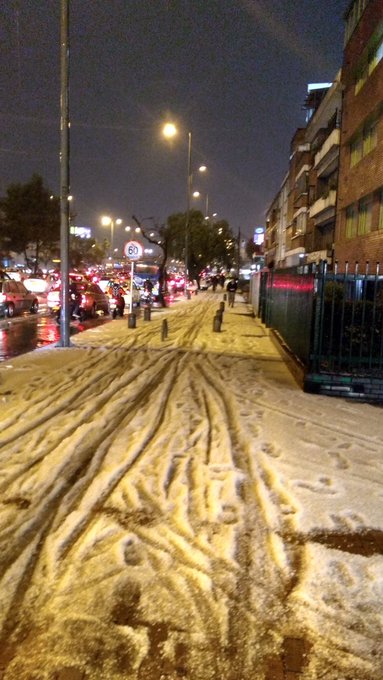 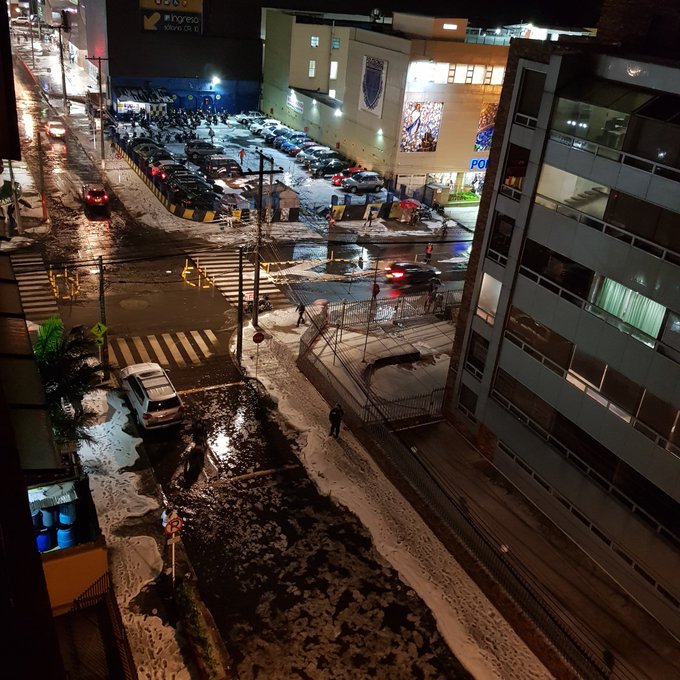 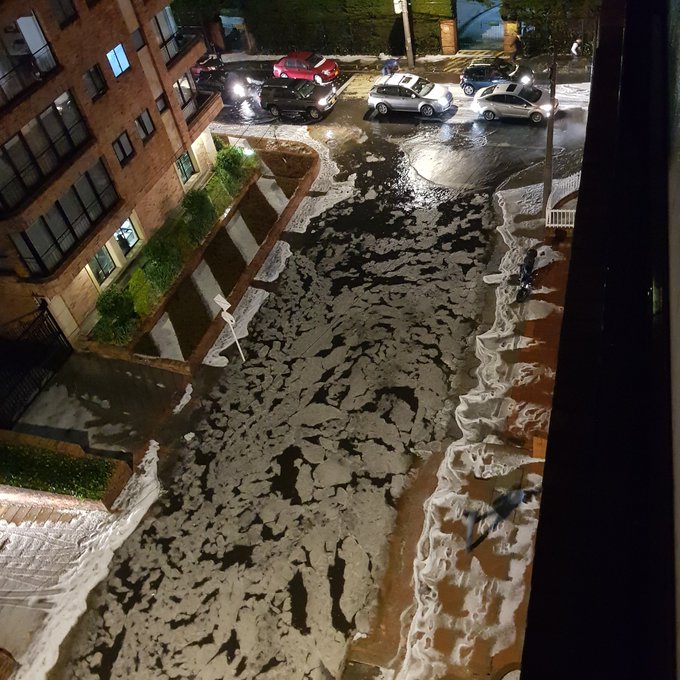 Franco added the intensity of the storm that hit the capital, and several other places in the Andean region is due to the interaction of the warm air of this area (18 – 19 °C / 64 – 66 °F) with the cold front that came from the Amazon and Orinoquia.

“In that sense, similar conditions can repeat in the coming days,” Franco said, adding it will depend on the daytime temperatures. “If we have warm and humid mornings, it is possible that situations like this one will happen again,” he said.

Drivers are advised to reduce speed during the rainy season and drive with caution. The general population is urged to avoid the accumulation of garbage and other waste in the sewers to avoid floods.