At about 2:45 PM Eastern US time Saturday, reports of “gunfire and explosions” at the Royal Palace in Riyadh, Saudi Arabia started coming in.   Shortly thereafter, the palace itself reported that guards shot down a drone and there was nothing to be concerned about.  That statement by the Palace was false.

Video (below) proves there was very heavy and prolonged machine gun fire and several explosions at the Royal Palace.  A Coup is clearly being attempted!

Saudi Arabia now confirms that “an incident” caused the evacuation of King Salman to a military base where he is reported safe.

I cannot confirm that this is an attempted coup.  It may be some sort of ATTACK.

Details are very sketchy right now, but updates will appear below as info becomes clearer.

BREAKING NEWS: Reports of heavy gunfire ongoing near Saudi’s King’s palace in Riyadh, Saudi Arabia. The king has reportedly been evacuated to a bunker at a military base in the city. Casualties unclear.
More info soon.
DEVELOPING pic.twitter.com/BIbnFbYoCt

There is definitely fighting going on around the Palace of the Saudi King.
Some reports suggest a Palace coup.

But some sources claiming attack by Yemeni Houthis.

Situation is unclear….its night time and NO official reports are possible.

All sources are Saudis so far..

BREAKING VIDEO: Video from Snapchat allegedly from Riyadh, Saudi Arabia. Heavy gunfire heard, amid reports of a shooting at or near the Royal Palace. Videos are unconfirmed. Lots of unconfirmed reports.
DEVELOPING… pic.twitter.com/SBbKwreUnV

Clashes now between the Royal Guard forces and other unidentified forces with light and medium weapons. 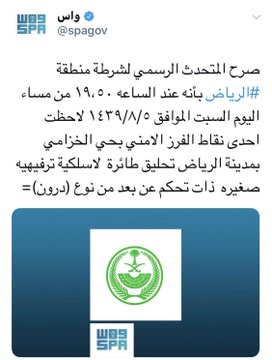 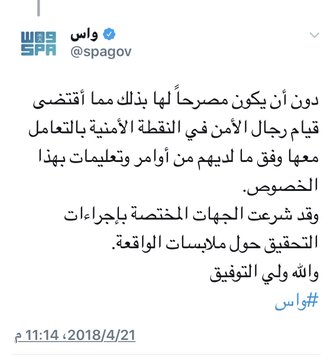 Official statement: A security check point noticed an unlicensed commercial/drone flying in Al Khuzama area of #Riyadh & they acted according to procedures put in place for such incidents. An investigation is underway.

COVERT INTEL DIRECT FROM GOV’T INSIDERS: violent clashes ongoing between Salman’s forces and other unidentified forces, believed to be affiliated with opposition Princes, who were urged to use rocket-propelled grenades.  Severely bad development, VERY destabilizing.

My former collegaues in the Intelligence Community have directly confirmed to me the following: “a senior ground force officer led a raid on the palace to kill the king and his son, Crown Prince Mohammed bin Salman.”

all social media have been shutdown in Saudi Arabia

If King Salman dies, his son Muhamad Bin Salman would be the new King. If they are both dead at least three Royal factions, the Clergy leadership, several bedouin tribes, religious minorities (both Shia and Sunni), ethnic minorities and hundreds of disgruntled princes will start fighting for power.  Saudi Arabia would likely disintegrate overnight.  It would be much worse than the Syrian civil war and would affect global oil supplies immediately.

Whoever did this clearly comes from the multitude of entities/factions that stand to benefit if the King and his son get killed.  The fact that social media has been cut off inside Saudi Arabia means they are severely concerned this might trigger factional fighting even without the death of the King or his son.  This event is HUGELY destabilizing for that country and for the region.

This is going to have to be watched very closely over the next weeks.  Trouble like this just doesn’t crop-up spontaneously; it is usually long-planned.  Whoever did this, will not give up.