On 1 June, the Pentagon officially unveiled its new strategy for the Indo-Pacific region.

Although several such documents have been published recently – take the cyber strategy, for example – it had been reported in advance that the Pentagon’s acting head would announce the institutionalisation of yet another area of focus at the Shangri-La Dialogue summit in Singapore during his Asia tour. And that’s what happened, although, given the focus of Patrick Shanahan’s speech, it was clear to everyone that he was primarily talking about curbing China.

The very notion of an Indo-Pacific region is relatively new and the term only started appearing in doctrine documents last year. As it says in the strategy’s preamble, however, it is the US Department of Defense’s “priority theater”.

The US began realising its intentions in 2018 with the establishment of the new US Indo-Pacific Command (USINDOPACOM), and at the ASEAN Summit in August of the same year, US Secretary of State Mike Pompeo pledged to provide $300 million to strengthen regional security and counter transnational threats.

In September 2018, a special military cooperation agreement – the Communications Compatibility and Security Agreement (COMCASA) – was signed with India. It involved the sharing of data, the intensification of joint exercises, and the supply of sensitive US military equipment to India. There is no doubt that the agreement was also aimed at the US establishing a monopoly. Washington was particularly concerned (and still is) about India’s possible purchase of Russian S-400 missile defence systems, as well as other weapons. Then, in December 2018, India opened a maritime information fusion centre with assistance from the US. 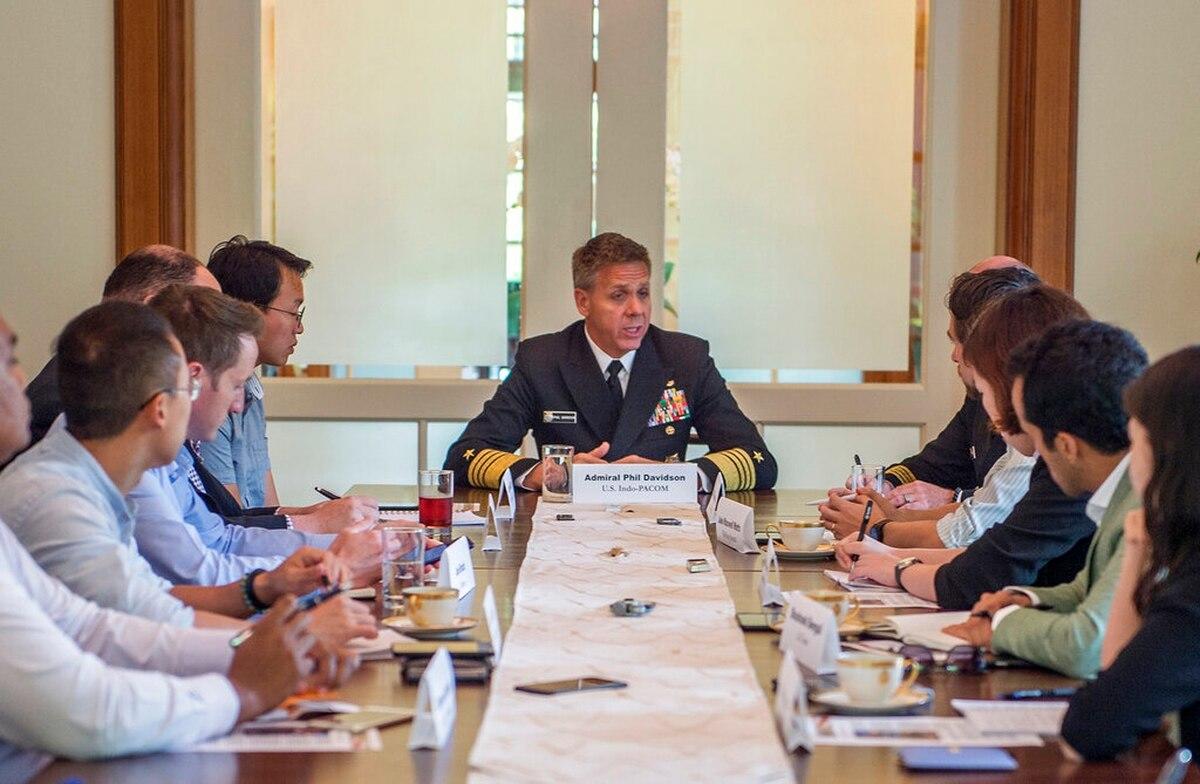 Adm. Phil Davidson, center, the head of the U.S. Indo-Pacific Command, speaks with the media in Singapore, March 2019.

As for the new strategy itself, it is telling that the first chapter is dedicated to America’s historic links with the Indo-Pacific region.While its links with the Pacific region are not in doubt – several US states border the Pacific Ocean, the leading role played by Commodore Perry in opening up Japan to the West, the occupation of the Philippines when the country was a Spanish colony, and the events of the Second World War – America’s links with the Indian Ocean are questionable. Does the creation of the hybrid term “Indo-Pacific region” really give America the right to talk about its special interests in relation to this enormous area? The Pentagon and the White House seem to think so.

The second part of the strategy focuses on trends and challenges, and the People’s Republic of China as a revisionist power is mentioned first. The section covers issues surrounding the disputed territories, the militarisation of a number of islands being claimed by China, the Chinese army’s use of anti-access/area denial (A2/AD) technologies, and the use of economic leverage. However, the US itself regularly uses financial and economic institutions as a method of warfare by other means (the pressure on Huawei and the introduction of new tariffs are two recent examples). As a risk reduction measure, the strategy suggests encouraging China to engage with the US. It states that the US remains open to cooperation in every area in which the interests of both countries align.

America’s second challenge is Russia, which is described as a “revitalized malign actor”. Regret is expressed that, despite the sanctions imposed on Russia by the West and the slowdown in economic growth, Russia continues to modernise its military, including its nuclear forces, A2/AD systems, and expanded training for long-range aviation. The authors of the strategy conclude that Moscow wants to re-establish its presence in the Indo-Pacific region and carry out global influence activities there to undermine US leadership and the rules-based international order. Yet Russia has always insisted on the supremacy of international law and has urged the US to follow the UN Charter when it comes to resolving conflicts and disputes. The UN is only mentioned here in the context of Russia and China’s joint efforts in the UN Security Council, which the US regards as an attempt to weaken its world domination. 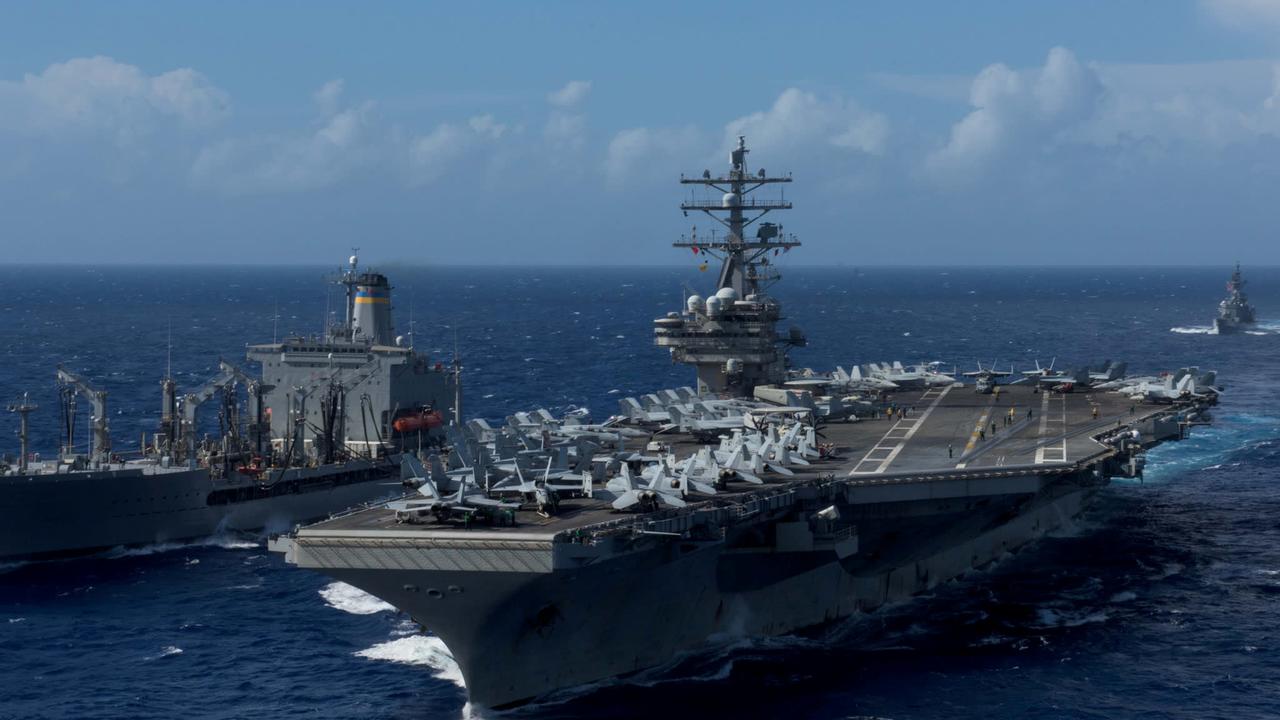 The aircraft carrier USS Ronald Reagan sails in waters off Okinawa, alongside a refueling ship, in October 2017

It is interesting that Ukraine is referred to in the second paragraph, despite it having nothing to do with the region being discussed. The US is also worried about the Russian military’s regular flights near the Sea of Japan and the coast of Alaska. It seems that the Pentagon has a poor grasp of geography and clearly missed the lesson about the distance between the outermost islands of Russia and America being just 4 km, while the Sea of Japan doesn’t just border Japan, but also Russia’s Primorsky Krai.

Washington is also uneasy about collaboration between Russia and China, both in the economic arena and as regards joint defence initiatives such as the Vostok 2018 military exercise.

At the end of the section dealing with Russia, the strategy’s authors seem to forget they’re supposed to be talking about the warm waters of the Indian and Pacific oceans and switch their attention to the Arctic.

Paradoxically, the Pentagon links Russia’s interests in the extraction of natural resources, as well as the country’s extended continental shelf claim and the development of a Northern Sea shipping route, including with Chinese involvement, to the importance of the Indo-Chinese region! One would think that developing a Northern Sea shipping route would reduce the burden, and therefore any potential conflicts, on traditional sea routes through the Indian and Pacific oceans, but no. Even here, the US sees a threat to its own interests, confirming that Washington is actually interested in maintaining its global domination and controlling the actions of other states.

America’s top three challenges also includes the Democratic People’s Republic of Korea, which is referred to as a “rogue state”. Like Russia, it is on the list because of its international policies.

The section is finished off with a list of abstract transnational threats, including terrorism, drug trafficking, piracy, and the illicit arms trade.

The third section deals with US interests, as well as measures to implement the strategy itself. Acknowledging that Washington cannot address the aforementioned challenges alone, the report states that the US Department of Defense must seek out like-minded allies and partners as a force multiplier for interoperability, “representing a durable, asymmetric, and unparalleled advantage that no competitor or rival can match.” To this end, the US intends to offer its partners various types of interaction in order to “fight and win together.”

However, the next chapter heading, which is a logical continuation of the previous one, shows that this will all be done to achieve Washington’s regional objectives through America’s sustained influence.

Operating concepts will be tested, and experiments and exercises will create a “virtuous cycle” that will give rise to additional ideas and innovations. An important point is the stationing of permanent US troops at the bases of its allies.

Besides US investment in its own installations and training facilities, there are plans to invest in advanced weapons systems in Japan and Australia. The development and forward presence of multifunctional groups will be accelerated. And there are plans to provide strategic deterrence by increasing the number of Columbia-class ballistic missile submarines. The report also refers to the deployment of approximately 400 advanced medium-range air-to-air missiles and more than 400 extended range air-to-surface missiles. In addition, there will be increased investment in the development of unmanned vehicles, long-range anti-ship missiles, and in missile defence systems by deploying the 10 new destroyers included in the programme for 2020–2024. There will also be increased spending on offensive cyber capabilities and on the development of military space forces, from the creation of a doctrine and institutionalisation to the establishment of a space warfighting culture.

Although the US Indo-Pacific Command currently has more than 2000 aircraft, 200 ships and submarines, and more than 370,000 personnel at its disposal, this is not enough for the Pentagon, and the US military intends to actively engage partners from other countries.

Of America’s Western partners, the UK, France and Canada all have an active role to play as US allies. Particular attention is also given to ASEAN, including the ASEAN Regional Forum and the ASEAN-Plus format. There is to be an extensive network of US agents, namely the alumni of various courses run by US think tanks. Special mention is made of the Daniel K. Inouye Asia-Pacific Center for Security Studies (DKI APCSS), which has been systematically pursuing a network strategy since 1995 and has trained more than 12,000 alumni from countries in the region.

It should be noted that the idea for creating a networked region under the aegis of the US is indicated in the subtitle of the strategy itself: “Preparedness, Partnerships, and Promoting a Networked Region”. 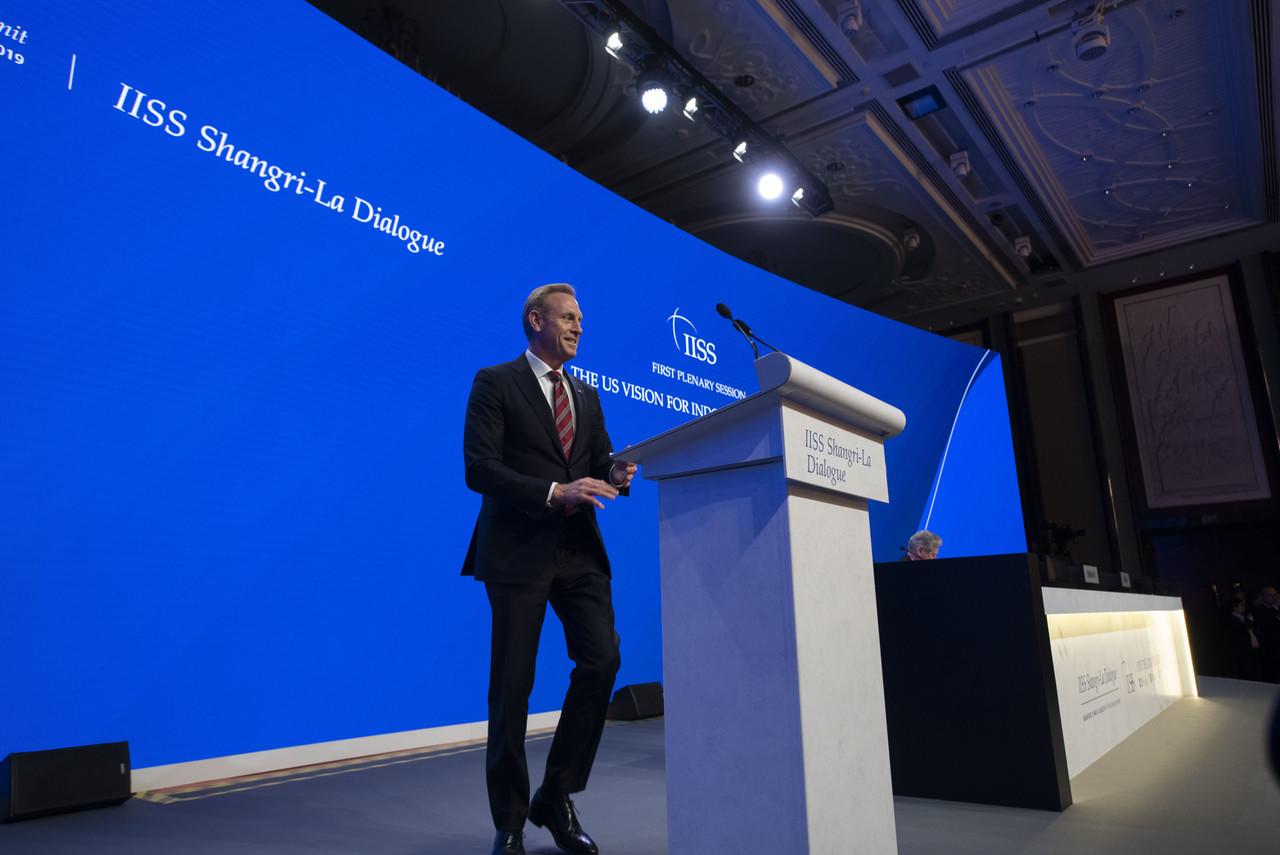 So, as we can see, the goals and objectives of this strategy, which cost the US Defense Department $128,000, go far beyond the specified region, although it is crucial for achieving these objectives. It is likely that, after testing out a number of initiatives on its allies, the US will go on to extend the most successful out to the whole world, especially with regard to sea power, where the US armed forces are strongest.

There are already precursors to this kind of practice. According to retired officer Jim Banks, US Representative for Indiana’s 3rd congressional district and member of the United States House Committee on Armed Services, the US needs the Five-Ocean Navy Strategy, which “calls for a fleet of more than 400 ships, equipped with the latest technology to maximize our Navy’s offensive and defensive technological capabilities.”

He goes on to say that: “Increasing the size of the fleet will help the U.S. Navy match growing forces of our Russian, Chinese and Iranian rivals. It also will safeguard free passage in contested waterways, such as the South China Sea, Suez Canal, Arctic Ocean and Persian Gulf.”

So far, the idea is just a theoretical project, but it clearly reflects the interests of US manufacturers with links to the defence industry, the US Navy itself, and establishment war hawks.

Therefore, the implementation of the new Indo-Pacific strategy, or its failure for whatever reason, will serve as a test of the Pentagon’s future actions.