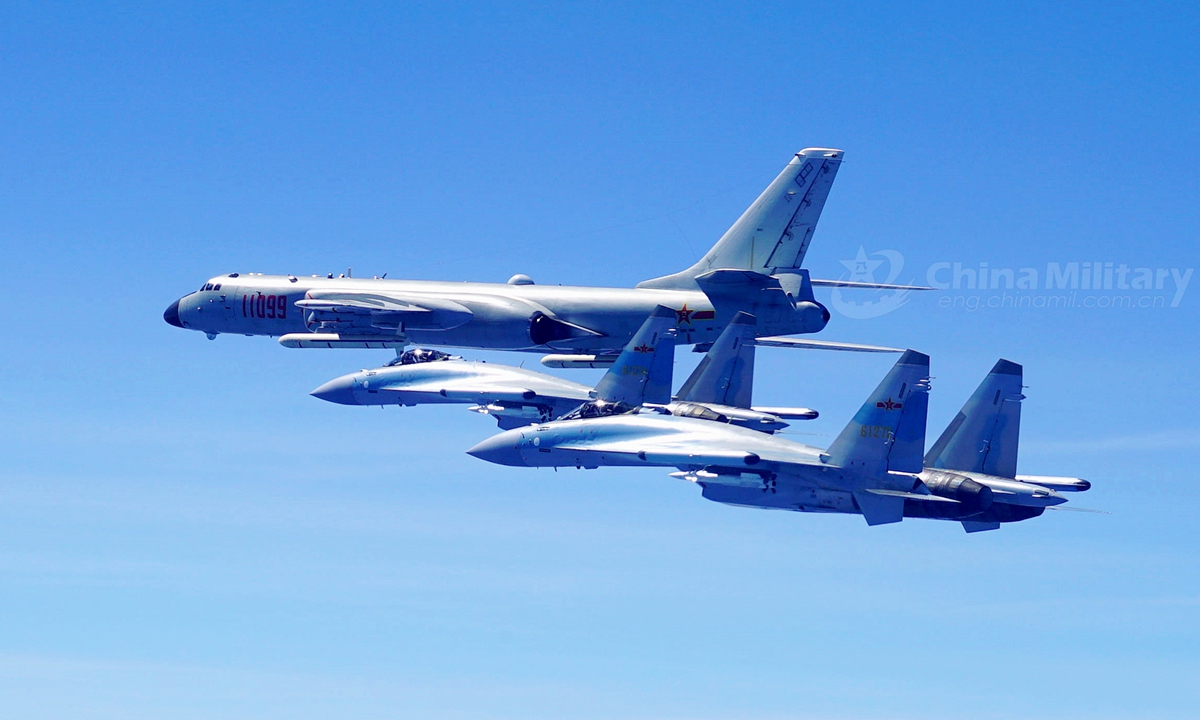 Two Su-35 fighter jets and a H-6K bomber fly in formation on May 11, 2018. The People’s Liberation Army (PLA) air force conducted patrol training over China’s island of Taiwan on Friday.

Su-35 fighter jets flew over the Bashi Channel in formation with the H-6Ks for the first time, which marks a new breakthrough in island patrol patterns, said Shen Jinke, spokesperson for the PLA air force.Photo:China MilitaryGiven that Australian hawks keep hyping or hinting that Australia will assist the US military and participate in war once a military conflict breaks out in the Taiwan Straits, and the Australian media outlets have been actively promoting the sentiment, I suggest China make a plan to impose retaliatory punishment against Australia once it militarily interferes in the cross-Straits situation. The plan should include long-range strikes on the military facilities and relevant key facilities on Australian soil if it really sends its troops to China’s offshore areas and combats against the PLA. In addition to making the plan, China should also reveal this plan through non-official channels to deter the extreme forces of Australia and prevent them from taking the risk and committing irresponsible actions.

China loves peace and will not take the initiative to pick a fight with faraway Australia, but Australian hawks must be clear-minded. If they are bold enough to coordinate with the US to militarily interfere in the Taiwan question and send troops to the Taiwan Straits to wage war with the PLA, they must know what disasters they would cause to their country.

China has a strong production capability, including producing additional long-range missiles with conventional warheads that target military objectives in Australia when the situation becomes highly tense.

The author is editor-in-chief of the Global Times. opinion@globaltimes.com.cn
RELATED ARTICLES

Some Australian politicians, out of their personal interests, are eager to stir up confrontation and hype up war …