A Pew Research Center survey of more than 10,000 adults found that 39 percent called these the ‘end times’, while 58 percent were assured that humanity was not careening towards catastrophe.

Researchers linked the high number of doomsayers to the Covid-19 pandemic, which has claimed 6.65 million lives globally, and fears about living on a warming planet with fiercer hurricanes and wildfires.

They could add Russian president Vladimir Putin‘s talk of using nuclear weapons in his war against Ukraine, or how US democracy had a close shave when rioters stormed the Capitol on January 6 last year.

‘Periods of catastrophe and anxiety, such as the coronavirus pandemic, have historically led some people to anticipate that the destruction of the world as we know it — the ‘end times’ — is near,’ said Pew’s researchers. 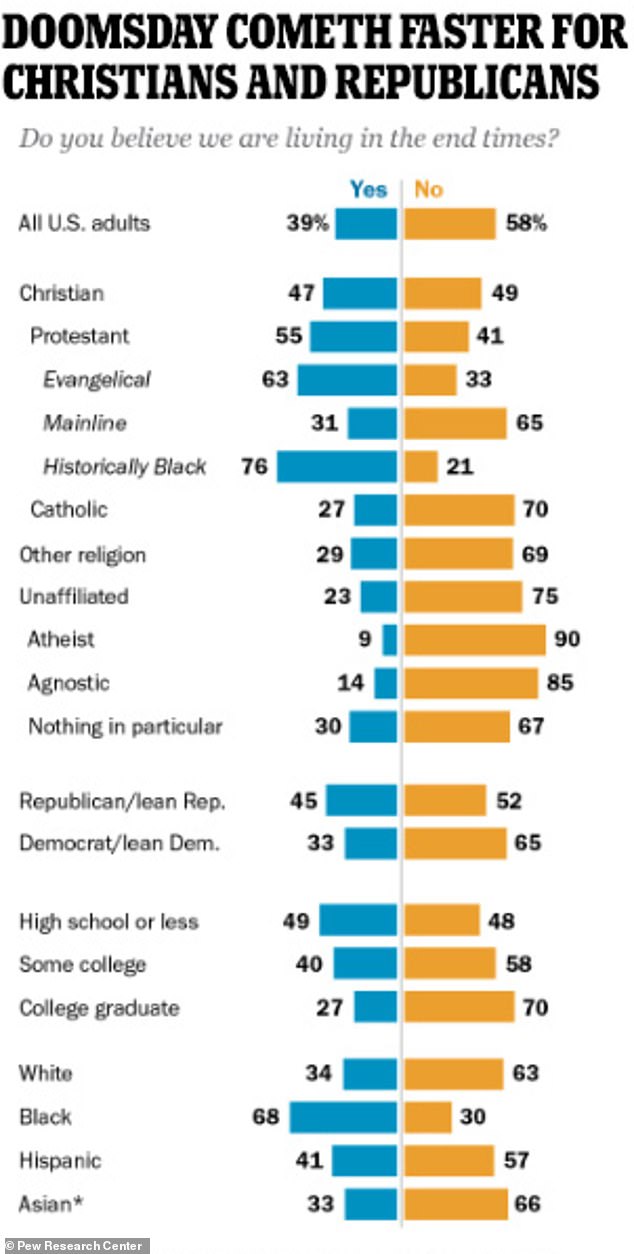 Nearly half of Christians say the end is nigh, but there are big differences within the faith — 63 percent of evangelicals say doomsday is coming, but only 27 percent of Catholics

Are we living in the end times?YesNo

Those fears relate to present-day realities as well as looking back to ‘sacred scripture’ and the expectation among Christians that ‘Jesus will return to Earth after or amid a time of great turmoil,’ they added.

While nearly half of Christians say Judgement Day is closing in, there are big differences within the faith — 63 percent of evangelicals call these the end times, but only 27 percent of Catholics agree.

There’s also a political tilt — 45 percent of Republicans see doomsday coming, against just 33 percent of Democrats. College graduates were more skeptical of the looming apocalypse than were those with only high school certificates.

Theories about the world coming to an end are older even than the prophecies of Michael Nostradamus, who in the 1500s foresaw of ‘king of terror’ descending upon the world in the seventh month of 1999.

A similarly wild — and ultimately apocryphal — theory went viral on TikTok in September, which predicted a planetary catastrophe on the 24th of that month, prompted by the sharing of a video of a German politician.

Those who clamor for the rapture, however, have plenty of other dates from which to choose.

After the storm, comes the clean-up on Fort Myers Beach 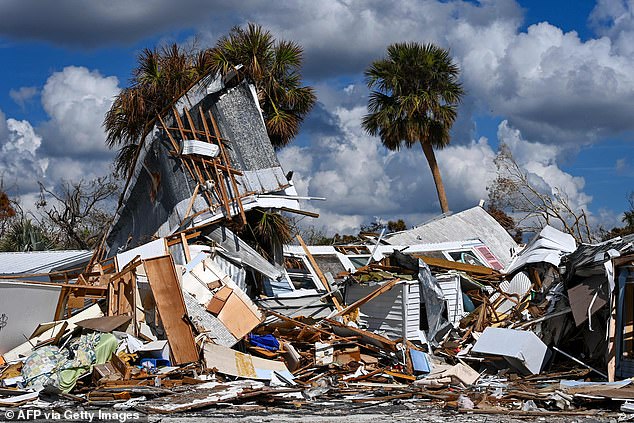 Debris left by Hurricane Ian in Fort Myers Beach, Florida, last month. Researchers linked climate change and the greater frequency of extreme weather events with a belief in the end of times 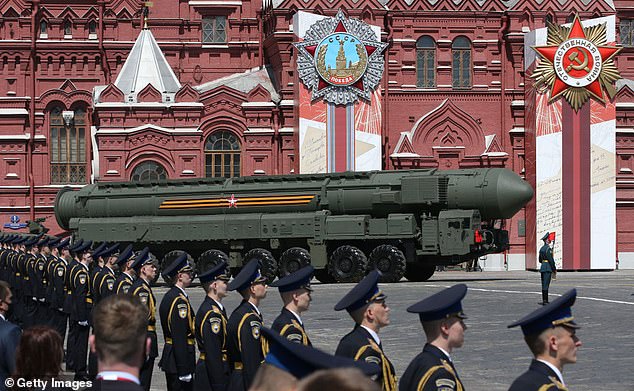 Russian President Vladimir Putin has repeatedly made reference to the use of nuclear weapons in a war in Ukraine that has backfired. Pictured: a Russian nuclear missile rolls along Red Square in Moscow in a 2020 parade 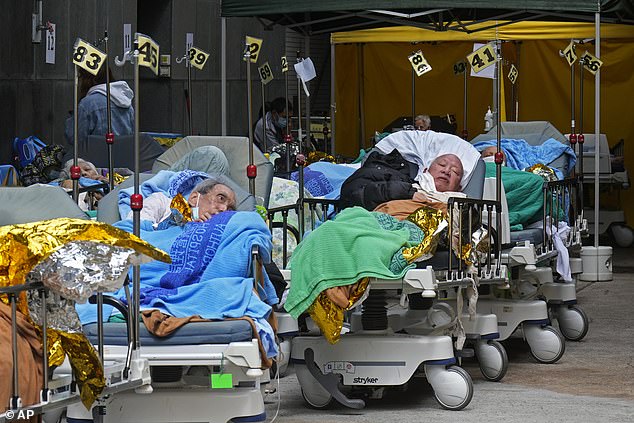 Patients on hospital beds in Hong Kong in February. The pandemic has claimed some 6.65 million lives globally since it erupted in China at the end of 2019

Doomsday cults have gained a new lease of life thanks to the QAnon conspiracy theory — a wacky credo that a devil-worshiping pedophile elite secretly pulls the strings on US and global institutions.

Nearly a fifth of Americans now subscribe to QAnon tenets, which include religiously-fashioned beliefs about society-wide purges and a Great Awakening that will bring salvation.

Pew’s survey also explored views on the Christian credo that Jesus will eventually return to Earth, in what is often called the ‘second coming.’ More than half of US adults said Christ would return, including three quarters of Christians.